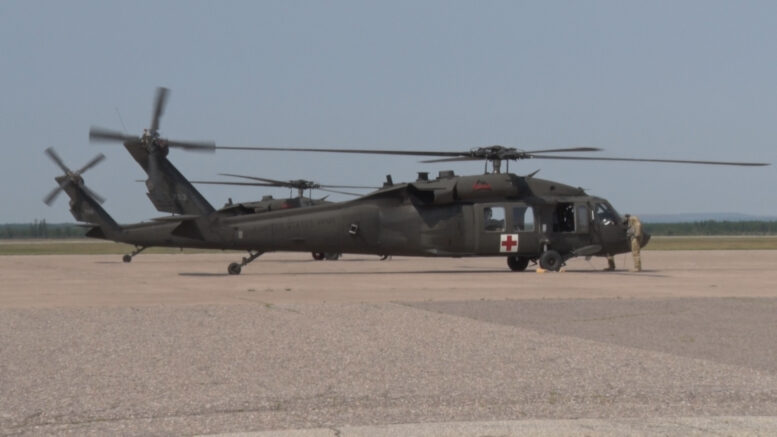 The reason for landing was because they needed a place to re-fuel.

Sawyer and boreal are able to re-fuel all military aircrafts because they have a Department of Defense fueling agreement.

“Over the last couple weeks there has been several thousand gallons of fuel going through Boreal’s operation to support the military” said Airport Manager, Duane Duray. “They’ve had Schnuck helicopters, C-130’s, and Black Hawks. So, this has been a very wide variety of aircraft visiting Sawyer over the last couple of weeks.”

The aircrafts are from Operation Northern Strike and they are starting to transition back to their home base as their exercises in the Upper Peninsula are coming to an end.