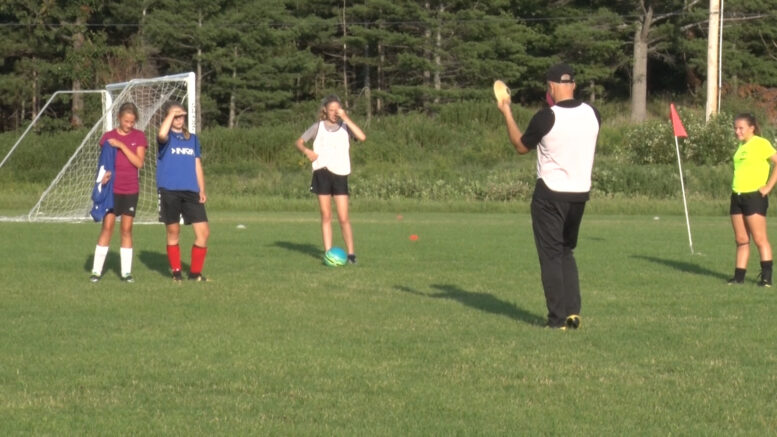 MARQUETTE — With the unity of two youth soccer clubs in Marquette, big moves are being made to make sure that the players and coaches are ready to compete when the season begins.

In May, a major step was taken in the local youth soccer scene. The Superiorland Soccer Association and the Power Soccer Academy merged to form Marquette United. Before players can compete and begin to develop in the fall, they’ll need coaches. Coaching Director Sasa Kostic held his second of four coaching clinics this summer to help both players and coaches get to where they need to be.

“It’s great for Marquette Soccer, for the development of players, and the quality of soccer is going to go up extremely in Marquette because of this,” said Mark Janofski.

Kostic’s resume is highlighted with more than enough qualifications than he needs to be in this position, which is why his methods could work wonders for Marquette United.

“The amount of coaching education he has is unbelievable,” said Janofski. “He’s certified in multiple countries to coach professional coaches, and the list goes on and on, so it’s very exciting. He’s very good with technical skills, and just teaching us as coaches and players.”

Much is expected of the coaches attending the clinic, but they all agree that there’s no better guy for the job.

“Traditionally, I coach hockey, so I know how to coach kids and how to motivate kids, I just don’t have the technical soccer skills, so that’s one big aspect. Plus, he has such a vast knowledge of the game that you can’t help but learn from him,” Janofski said.

The best part of the merger, is that coaches will be on the same page.

“Part of the problem that we had with two organizations is that we have different coaches teaching different things,” said Janofski. “Now it’s all going to be streamlined, we’re all going to be on the same topics, and getting these players to learn the same kind of way. When they go from U–15 to U–17, or U–9 to U–11, they’ve been coached, they know the same terminology, and we progress them through our age groups.”

Once the clinics are over, the coaches should be more than ready to help players reach the next level.