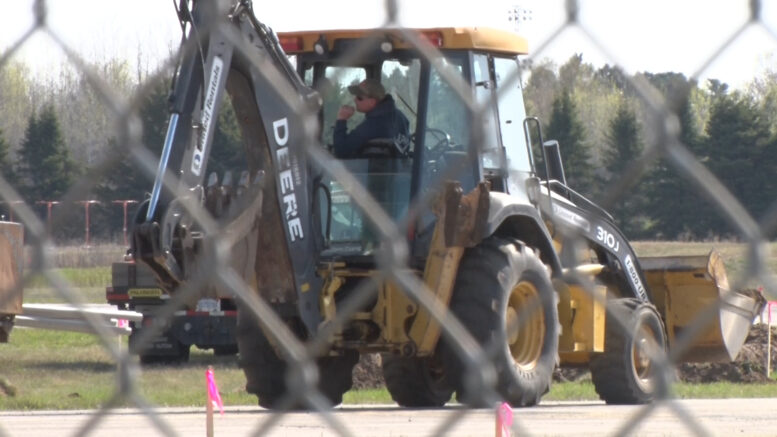 ESCANABA — With warmer weather comes heavier air traffic. Keeping airport runways safe and in good condition is a must for local airports.

Delta County Airport’s Crosswind runway is being renovated. Workers will be milling the top surface of the runway before adding more friction to ensure the safe landing of aircrafts, as well as better drainage. In addition, some of the taxiway lights are being replaced by brighter LED lights.

The crosswind runway is used by mostly smaller aircraft.

“This runway is at least 20 years old,” said Airport Manager T.J. Reid. “20 years is the Federal Aviation Administration’s estimated duration of a runway’s pavement surface, so it’s done its job, it’s done pretty well. And this work is needed, because we’ve been milling up some stuff, and found that some of the surface has been failing underneath.”

95% of the project is funded by taxes paid by those who use the airspace.

The project is expected to last around fifty days and be completed in June, with painting being done in July.