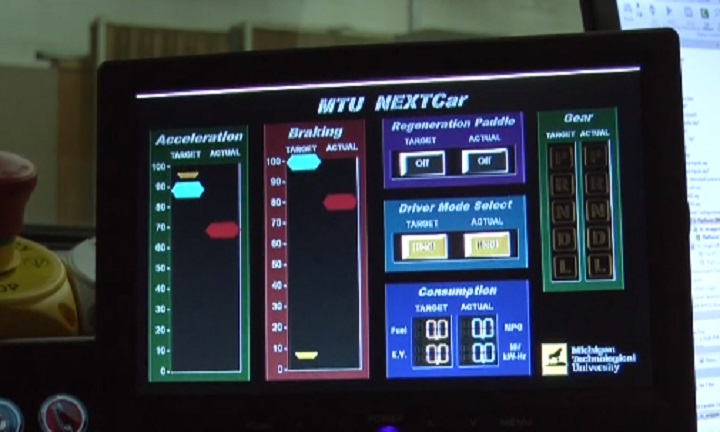 CALUMET — ABC 10 spoke with U.S. Senator Gary Peters about his bipartisan bill to keep the country and the state at the forefront of advanced vehicular technologies. What some may not know is that this legislation hits close to home to some Yoopers.

The Advanced Power Systems Research Center at Michigan Tech University has been a major part of the movement towards self-driving vehicles. The AV START Act will upgrade vehicle standards and vehicle safety requirements, which haven’t been significantly upgrade since the nineties, according to Dr. Jeffrey Naber, director of the APS Research Center.

“The last major change was passenger airbags, so it [the Federal Motor Vehicle Safety Standards] hasn’t really considered the needs of these new vehicle technologies that’s going to come along with connected and autonomous vehicles,” said Naber.

Many vehicles that are currently on the market already have semi-autonomous features, including extra cameras and sensors that assist the driver. The key factor in the current technology is the involvement of the vehicle’s operator.

Naber said “They still require the driver to be attentive and aware of the systems, compared to where we’re going to, where the driver can completely disconnect from the driving requirements.”

He also said vehicles that are completely autonomous and self-driving are a ways away. However, this doesn’t stop companies like Domino’s and Uber from entertaining their customers with the idea of integrating this technology into their daily lives.

Website caters to the many languages of the Keweenaw