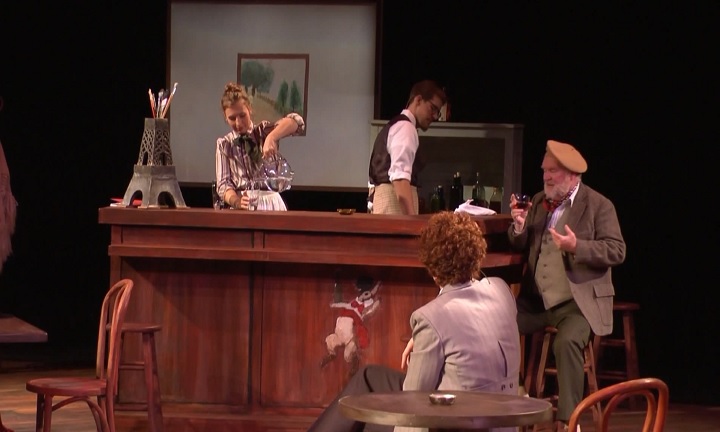 HOUGHTON — Michigan Tech’s theater company launches its first play of the season tonight. The show is entitled “Picasso at the Lapin Agile” and is the first full length play written by comedian Steve Martin.

“The play is set in a bar in 1904. some interesting characters from the 20th century such as Picasso and Einstein show up. Different Characters come in and come out. Myself, I’m a waitress at the bar and i serve drinks, i chime in every so often with some sarcastic phrases and give my two cents every so often,” said MTU Student and actress Sarah Jo Marten.

Martin wrote the play in the early 90s. The plot takes place in a Paris bar in 1904 and depicts a fictitious meeting between scientist Albert Einstein and artist Pablo Picasso shortly before each achieved world renown recognition: Einstein, for his publication of “The Special Theory of Relativity”, and Picasso before painting “Les Demoiselles D’Avignon.”

Show times are at 7:30 at the McArdle Theater, tonight, tomorrow, and Saturday with three additional showings next week. More information and ticket prices can be found HERE.