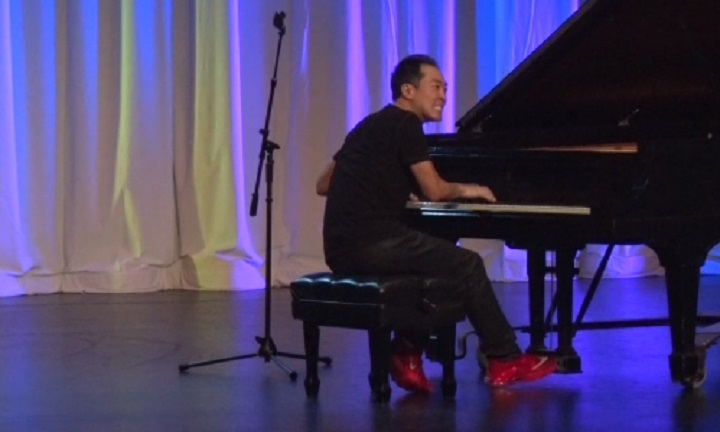 MARQUETTE — He’s been labeled as a pianistic firebrand by The New York Times. So why would a musician with such a charismatic stage presence want to appeal to young elementary students?

The Kaufman Auditorium was full of smiles this morning as Alpin Hong finishes his city-wide school tour. Not only is he there to perform, but he also wants to show kids the importance of musical education.

“It’s something that I think has been preserved in Michigan that I even remember as a kid, that music education is very very important,” said Hong. “As I said many times, we have to fight for that.”

Hong believes that the rise in modern technology has pushed classical music towards the back of the line, taking children’s focus away from something that has been around for years.

“The Nintendo entertainment system came out when I was seven years old. There is no way that Bach, Beethoven and Mozart can compete with Mario, Zelda and Metroid.”

But Hong isn’t out to create another American Idol, or the next star on The Voice. His teaching of music aims to move music to a state of genuineness and purity.

“I think it’s to make a more informed, a more compassionate, a more tolerant electorate,” he said. “The fact that I can connect to several hundred kids in Marquette Michigan simply because I love music, and I’m able to share that with them, and they respond to it is an amazingly powerful thing.”

Hong finishes his tour with a concert tonight in Kaufman Auditorium.

Marquette celebrities lend their talents for the Kaufman Follies