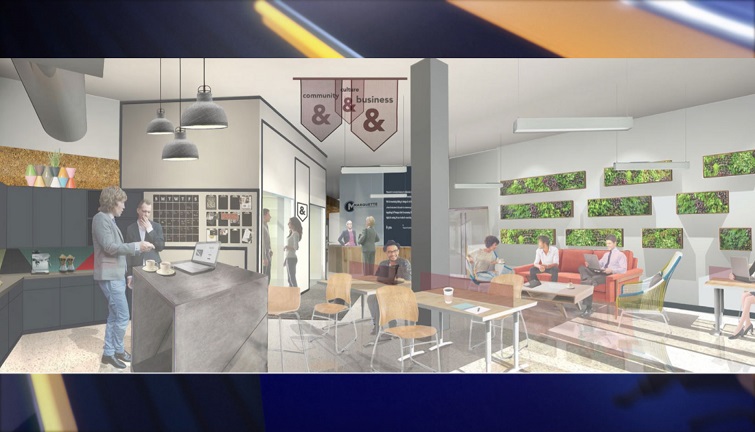 MARQUETTE — Since 2015, the Marquette Chamber of Commerce has been discussing a coworking office space in the Downtown Area. Two years later, the chamber announced today Coworking is coming to Marquette.

A 5,200 sq. ft.coworking office space will provide over 50 people workspace in the Masonic Square. The chamber is calling the coworking initiative, ‘Ampersand.’

Nine private offices, 15 semi-private work stations, and 25 open work stations will be available in the shared workspace. A feasibility study conducted earlier this year found sixty businesses were interested in the coworking space.

“Memberships and workspaces globally have been growing by 41% every single year for the last 10 years straight,” said Jason Schneider of the Marquette County Chamber of Commerce. “It’s not a trend that’s slowing down. For the Marquette Chamber, we really felt this was a way of using the strengths of a chamber, which is networking and sharing costs to be more relevant to the modern economy.”

The Marquette County Food Co-Op and the Ore Dock Brewing Company have committed to joining the space. Ampersand is scheduled to open in January, with 17 suitors already signed up.

Construction of the space is set to begin in October.