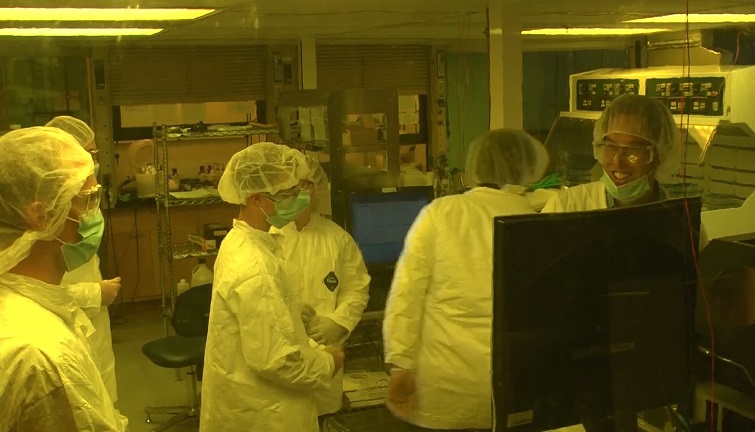 “Microfabrication is the process where you’re fabricating samples or features that are in the micron range or less,” said Managing Director of the Microfabrication Facility Chito Kendrick. “To give an example of that, the human hair is about 100 microns in diameter. So, we’re fabricating, in the cleanroom, features that are in the order of 100 times smaller than that.”

The students suited up and worked in the cleanroom to learn about fabricating silicon-based products. At the end, silicon wafers were transformed into dies of gold Michigan Tech logos through the process of photolithography.

Although the process was sped up for the students, as it usually takes several hours from start to finish, the students were made aware of how fabrication is used every day.

“This is a process that is repeated thousands of times by places like Intel and Micron to make their microchips that kind of control everything we do in life, so, the smart phones and computers people use all the time,” said Kendrick.

This project is another educational Summer Youth Program offered at Michigan Tech this summer.

Domestic Violence Suspect on the Lam