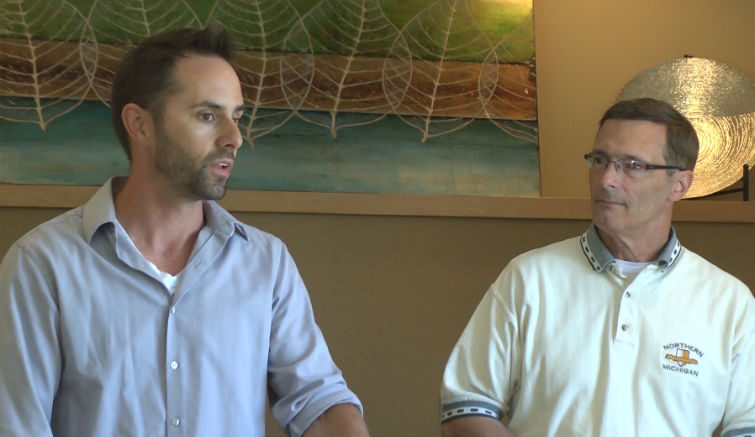 MARQUETTE — A local man running for the First District Congressional race announced he would be stepping back and putting his support towards another candidate.

Dana Ferguson and Dwight Brady made a dual-appearance at Third Street Bagel this morning. Ferguson, who announced his candidacy back in April, told supporters that he was stepping out of the congressional race and endorsing Brady for the position. Ferguson said the decision came after traveling with Brady and found that he didn’t disagree with anything he was saying.

“Aside from the issues we agreed on, it was also the quality of person that he is,” Ferguson said. “I find it hard to always rally behind a representative or a politician, but Dwight, he was that epitome of what you look for in someone – someone that you can relate to, that you can stand behind and support.”

Ferguson will now be actively supporting Brady anyway he can whether it be traveling and talking with constituents, walking in parades or helping expand his social media presence. He said that he encourages all of his supporters to back Brady in the upcoming months. Brady spoke after Ferguson’s announcement and said he is very humbled to have his support going forward.