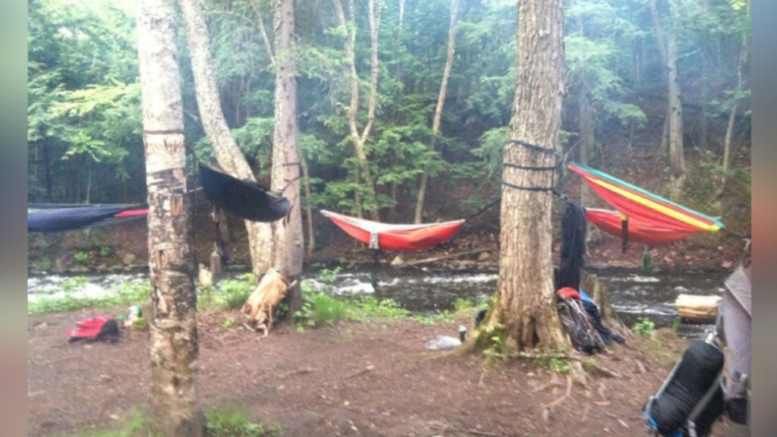 “The Marquette Police Department would like to remind citizens that the use of Tree Hammocks in The City of Marquette is prohibited,” the police stated. “This is in response to numerous trees being damaged from the use of such hammocks.”

MARQUETTE — Students at Northern Michigan University received some surprising news last night, informing them that placing hammocks on trees that are located on public property will cost them a $25 fine.

According to the city, hammocks that are screwed into trees, put pressure on them and can cause breakage along with disease. This ordinance also prohibits other kinds of hammock attachments, such as rope, wire, nails, or other materials that could cause mutilation of public trees.

Students would still be allowed to hammock on campus property but not popular public locations, such as Presque Isle.

“It’s a city ordinance and they will be the ones enforcing it on city property. We have many trees on campus, the intersection of Tracy and Lincoln has some big trees and you can find a lot of hammocks there. That’s campus property, we welcome that hammocking,” said Assistant Vice President of Marketing/Communications at Northern Michigan University, Derek Hall.

Hammocking has become a large part of NMU culture and many students were caught off guard when they heard this announcement.

“Well I thought it was kind of silly. Hammocking is a huge culture up here and it’s super relaxing. I’ve done a lot of really good homework and good studying in a hammock and it’s just a big social aspect of college. It was a really big contender of why I chose NMU,” said Northern Michigan University Freshman & Hammock Enthusiast, Miranda Straka.

“I can see the rational of why, they are just trying to protect the environment but there are other ways of going about doing that,” said Northern Michigan University Junior & Hammock Enthusiast, Zach Barber.

This ordinance is encouraging students who wish to hammock on city property to use portable stand hammocks or wind beds.