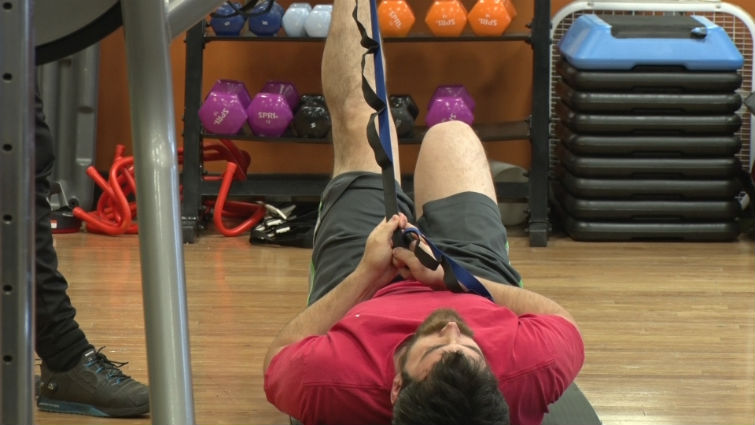 HARVEY– Many people are hoping to take a fresh outlook on their life in the new year, however that fresh new outlook doesn’t always last into February.

“It’s like a thing in the gym where most people only last a couple weeks after the New Year,” said Erin Holmberg, Anytime Fitness of Harvey manager, “which is not something we want to happen.”

It’s a common cliché, people flock to the gym in early January hoping this year they will be able to make good on that New Year’s Resolution to get into shape. According to Holmberg, one common reason people are not able to stick with their resolution is that they think too big. “Some people set unrealistic goals or do something really crazy” she said.

Holmberg says setting goals that are too much can lead to you not achieving them. She said that, “People get frustrated, fall off the wagon and might never step foot in a gym again.”

There are some ways to stick to your resolution, Holmberg said to “try to pick something you can stick to.”

Even small goals can make a difference, such as drinking more water, getting to the gym a couple times a week or make a diet plan; then build off those small goals.

And working out can help in more way than one.

“Coming to the gym is like my stress reliever, I love it here, you just release endorphins and you get really happy,” Holmberg said, “it’s not the case for everyone, but you’ll be surprised if you come in here and fall in love with it.”

“It’s not just about what you look like but mentally,” Holmberg added, “you’ll be mentally healthier and just feel good and have good relationships with everyone around you.”