Over 100 police officers from the Upper Peninsula, Northern Wisconsin, and Ontario, Canada saluted in the Escanaba High School auditorium as rifles were fired outside to honor their fallen brothers in blue. The Peace Officer Memorial Service began at the National Guard Armory in Gladstone where officers, state police troopers and sheriff’s deputies gathered before leading a processional down US-2 to Escanaba.

“They all stay in a procession with their lights on, and its symbolic, and they proceed here to the location all in honor of those who have gone before them,” Michigan State Police First Lieutenant Greg Cunningham said.

While there were many officers in attendance, there were also many community members at the ceremony as well. Among those were family and friends of officers killed in the line of duty. 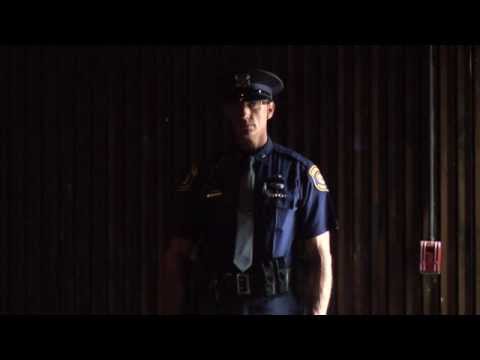 Across the nation, officers at the state, local, and federal level are celebrating Police Week. Today might be considered the most special day of all, with many paying tribute to officers who lost the…

“We’re just grateful to the community for their support and we just wish to never let those that have given the ultimate sacrifice that we will never forget them,” Cunningham said.  “So we are here today and we are also here with the families. We let the families know that we don’t forget those officers that have gone before us.  We also let the active duty and the retirees that are there that we appreciate them and that we honor and appreciate their service that they give, each and every day.”

Peace officers are not just being honored in the U.P. Peace Officers Memorial Day is a national day of remembrance. One of the biggest memorial ceremonies taking place is in Washington D.C.

“Its one place where all the police officers in the country that are killed in the line of duty, that’s where they’re recognized,” Cunningham said.

“There’s approximately 21,000 names that are on that wall right now, and its the only memorial in Washington D.C. that will never be completed, because unfortunately each year, more names are added to the memorial,” Michigan Association of Chiefs of Police Executive Director Robert Stevenson said.

However, the memorials don’t just honor officers lost in the line of duty. The ceremonies also pay tribute to those who are still serving.

As Police Week comes to a close, its important to remember the holiday is not just about remembrance. The ceremonies also serve as a reminder of the vital work that police officers do.

“Unfortunately when the time comes and one of the officers does get killed in the line of duty, then everybody realizes just how important they are. And it would be nice if people took the time every now and then to tell an officer ‘Thank you, we appreciate the work that you’re doing for us’,” Stevenson said.

The officers often remind one another that its not how their brothers died that make them heroes, its how they lived.