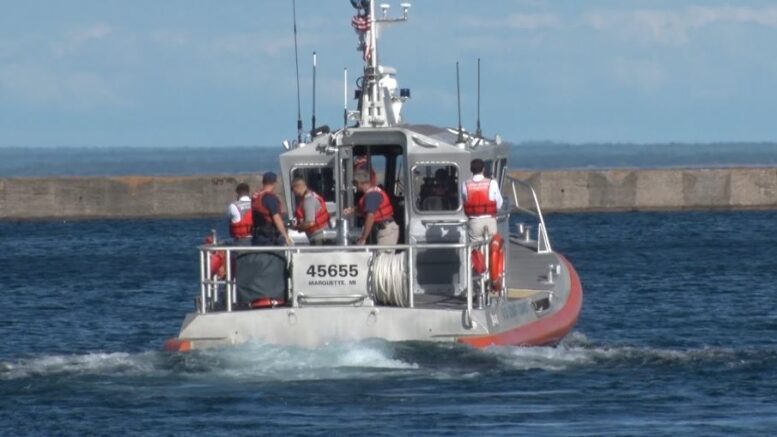 MARQUETTE — With an increased number of boaters on Lake Superior expected this July 4th weekend, the Coast Guard is reminding people to be safe on the water.

The US Coast Guard Marquette Station is participating in Operation Dry Water, a yearly campaign to make sure boaters are sober and safe while on Lake Superior during the July 4th weekend.

As one Coast Guard Petty Officer explains, using common sense and judgement is vital when out on the water.

“Use your judgement, use your common sense,” said Petty Officer 2nd Class Terry Bailey. “Boating under the influence is very much a real thing. It’s very important to know that that alcohol is a leading factor in deaths in recreational boating. So we just ask that everybody always utilizes safety.”

Operation Dry Water brings awareness to boating under the influence, with an emphasis being placed on the July 4th weekend.

The Coast Guard is also reminding boaters to have enough working personal flotation devices for anyone on watercraft.

Safety tips and more information can be found on the US Coast Guard Marquette Station’s Facebook page.

Grounded freighter back up and running