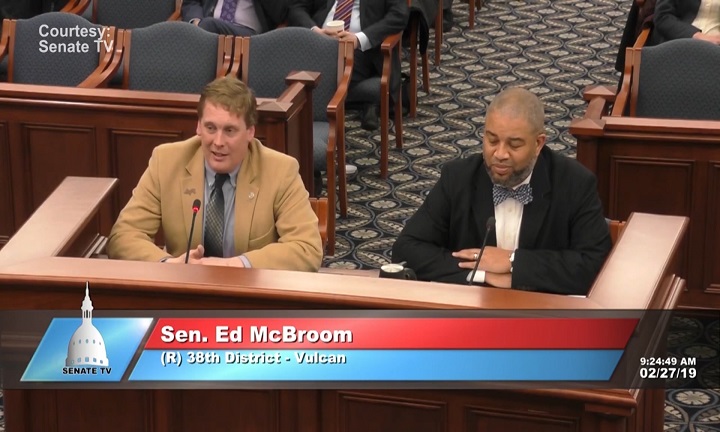 LANSING — One of State Senator Ed McBroom’s focuses when he was on the campaign trail was to help fix car insurance rates in the state, and last week he took another step in doing just that.

McBroom had a chance to testify before the State Senate Insurance and Banking Committee about the rates and how they impact people around the state.
Senate Bill 1 would reform the current no-fault insurance system in the state right now, and it is currently going through the legislative process, which is why McBroom was able to testify.

It’s somewhat unusual for members to speak in front of committees unless it’s their own legislation, but folks down here know how passionate I am and others, especially from the UP, have been about this. So I relayed stories I’ve got either from personal experience, or have met constituents and I’ve seen, and debated with some of the members on the panel who’d like to keep the status quo, who think the system right now is not broken.”

McBroom says that it will take more than just one little change to fix the high costs of car insurance, and there isn’t just one simple answer to the problem.

Special funding to help various road projects throughout the U.P.