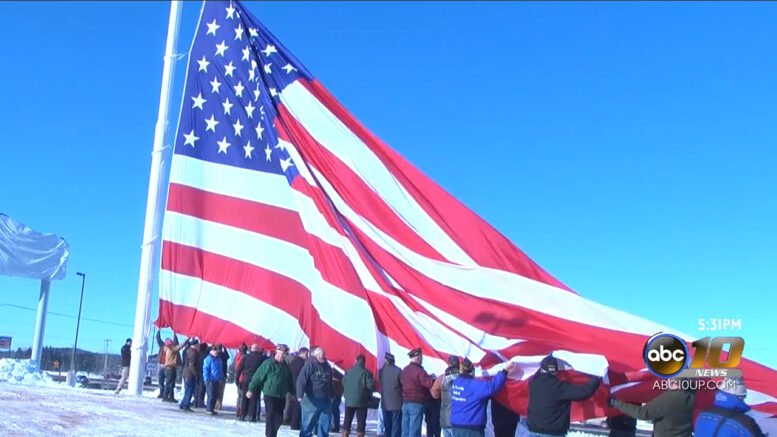 MARQUETTE — In an effort to honor active military, first responders, and veterans, Gander Outdoors in Marquette continued a tradition this afternoon with the raising of a massive American Flag – with service men and women present.

Camp World Holdings began an effort back in 2014 to hoist hundreds of flags at their locations all around the country.

Today also marks a day of remembrance for those who have served our country.

On December 7th, 1941, the Japanese Navy Air Service conducted a surprise military strike against the United States’ naval base at Pearl Harbor, which led the US into World War II.

“77 years ago over 2,300 people gave their lives in the service of this country and we want to honor that memory. As well as for those who continue to serve and have served since” said Bob Weisenberger, the General Manager at Gander Outdoors.

“It’s very, very heart-warming to have these corporations and these companies do this for Veterans” said Vietnam Veteran, Johnny DePetro. “It wasn’t always like that but it has been in the last few years and we really appreciate the support.”