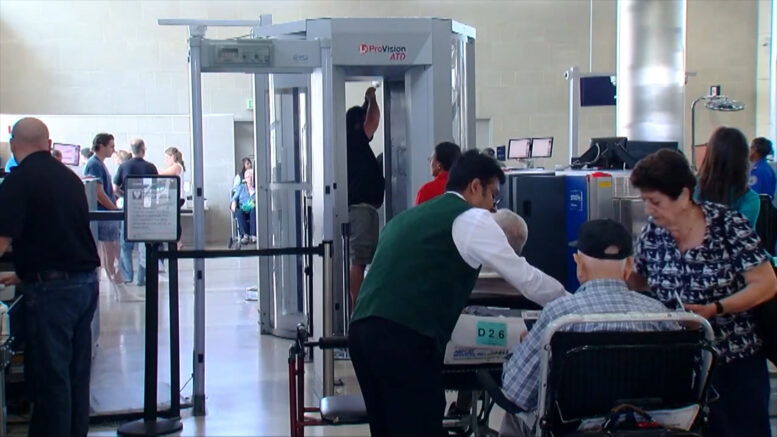 MARQUETTE, DELTA COUNTIES — Traveling out of smaller airports could become drastically different. There may be some changes that would alter the way we look at flying.

Airline travel is often considered the safest form of transportation. High levels of security at airports make for peace of mind between gates. According to CNN, however, The Transportation Security Administration is considering eliminating security screening at up to 150 smaller local airports, in order to save $115 Million per year to help bolster security at larger airports.  Those larger airports would then conduct reverse screening, where they screen luggage once it arrives at the destination.  While the  proposal  is just an idea, it may negatively affect the idea of traveling out of smaller airports.

The proposal would affect airports like Delta County Airport, whose commercial airlines fly less than 60 people.

“The overall impact on the aviation industry could be substantial, where people start to lose faith and feel less secure flying out of the smaller, more local airports,” said Duane Duray, Manager for Sawyer International Airport in Marquette County.

Another idea of the proposal would be that terrorist groups are less likely to target a smaller aircraft. That could be a double–edged sword.

“The lack of a security baseline at a small local airport could increase potential attacks or events at airports which could have huge ramifications nationwide for how people view aviation travel again,” said Duray.

In addition to safety, the change could affect the economics and businesses at smaller airports.

“One of the first effects would be the loss of air–carrier service at a lot of small airports. If an airport cannot fill an airplane, an airline is not going to fly in there,” said Duray.

Moreover, it could eliminate thousands of jobs that, especially at smaller airports, often go overlooked.

“We appreciate our screeners,” said Reid. “We appreciate the TSA at our airport and we see the value of having that type of security screening, especially given that there have been a lot of security threats in recent years at smaller airports.”

This discussion seems to happen every year during budget meetings, as TSA screening isn’t required below a certain level. Nonetheless, it could undo major changes applied to the screening process in the last 20 years.

“We’ve come a long way since 9/11, and traveling public feels very confident and very safe with the level of security. Any reduction of that level could have serious implications across the board,” said Duray.

The proposal likely won’t pass, yet people aren’t hesitating in voicing their concerns.

How to be a better customer

The ins and outs of pleas and trials