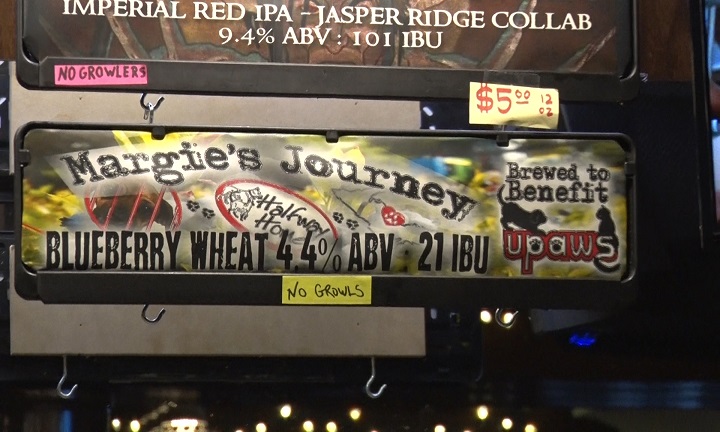 Cognition is releasing a beer that is named after a dog that was saved by UPAWS. The dog known as, Margie, was saved from a kill shelter and adopted by loving owners.

The owners donated $1000 to UPAWS to get a brew named after Margie, but a local Marquette tap room wanted to be a part of this as well.

“We have the release party here today at Cognition,” said UPAWS Board President, Amber Wetton. “Then on Sunday and release blueberry wheat ale that’s only available for a limited time at the Iron Bay Tap Room.”

The Iron Bay Tap Room will be also donating a dollar to UPAWS for every pint sold on Sunday.

UPAWS hosts Collars for a Cause

Keeping your pet from running away