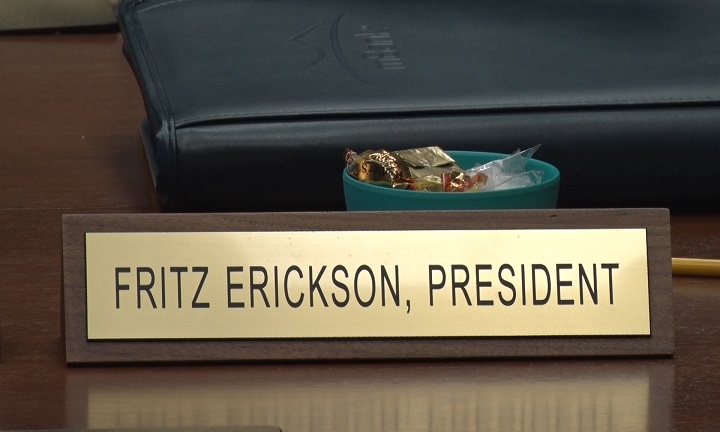 MARQUETTE — The Northern Michigan University Board of Trustees have reviewed President Fritz Erickson performance at NMU today. They have agreed that the performance was very exceptional and are approving him with a new long-term contract.

President Fritz Erickson has been given a new five-year contract that now places Erickson’s base salary at $385,000.
This also includes a performance-based bonus component, through which he will receive $50,000 for achieving established goals in the school year of 2017 through 2018.

“A lot of people might be asking why such a significant pay increase,” said Chairman of Board of Trustees at NMU, Bob Mahaney. “Well it is really simple. Cause number one is to recognize exceptional performance. We have had great results at Northern over the past several years under President Erickson’s leadership. Secondly, it is to remain competitive and to make sure we can keep exceptional talent here at Northern.”

Now with a new contract President Erickson has been give new goals to achieve for the next year.