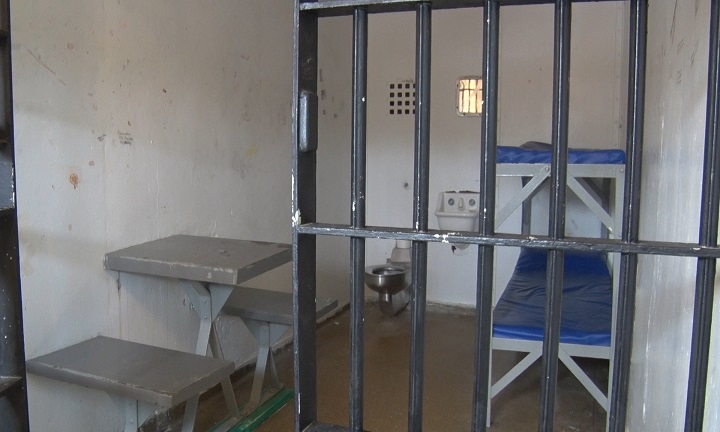 MANISTIQUE — The Schoolcraft County Jail is working on getting a new facility due to the current one not meeting the states standards.

The Schoolcraft County Jail, located in Manistique, is working with an outdated facility which is not up to code and is in risk of being closed. Even though the Sheriff’s department is working hard to find the support and help that the facility needs so that it can stay active and efficient. The department works hard every day to be a useful service to its community and a team player with the other police departments within the county.

“The sheriff has brought about a presence of comradely and a bit of togetherness with the other police departments in this area,” said, Under-sheriff of Schoolcraft County, Darrell Dixson. “Together we have joined so that we can fight the bad guys, we can fight the crime, and we can offer services to the public that will assist them to better their lives.”

“That takes my people off the streets,” said, Sheriff of Schoolcraft County, Paul Furman. “It takes my ORV (off-road vehicle) out, my snowmobile, my marine, our search and rescue. There are just so many things this department is involved in, the people just don’t understand.”

The department within the last year and a half has also shown how effective and useful it is to the county. This is shown by the amount of successful cases and arrests. This is partly due to how all the departments work with each other to ensure the county’s safety.

“We’ve not only doubled, we have almost tripled the amount of arrests and investigations and the amount of people coming in to the jail,” explained Under-sheriff Dixson. “I cannot continue to speak without saying the cohesion of the Sheriff’s department, the City police, Tribal police, State police as well as DNR have come together greatly in this last year and a half. So we have shown above bounds that we can be a great Sheriff’s department and a great community asset.”

If the Jail closes and no replacement is made, it will have a damaging affect on the community’s economy and safety efficiency.

More information about the possible jail closing will be brought up around the end of the month.

Deputies checking for violations on snowmobiles