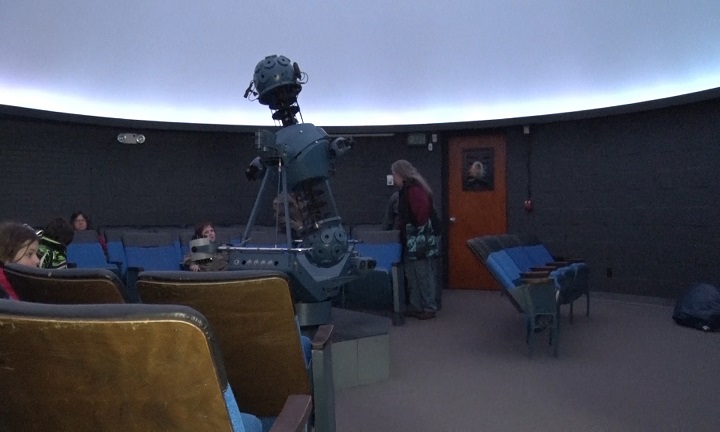 MARQUETTE — An out of this world event happened at the local planetarium today and some people got to see some starry skies.

The Shiras Planetarium was hosting an event called the Planet Parade tonight. This event allows people to see the sky and learn more about the stars, constellations and the planets.

The planetarium was closed for just over a year due to renovations happening at Marquette High School and has recently just re-opened this February and is now starting to show its weekly events again.

“We are just looking to show people what to look for in the night sky,” said Shiras Planetarium Director, Becky Simmons. “So if they are out trying to learn what to look for in the stars and naming constellations so it can help them understand what is up there now. So it’s just a chance for people to see a beautiful night sky. It’s been pretty cloudy for us the last couple of nights, but we have had a few breaks in the clouds here and there. But really we never have clouds in here and we have a great night sky to show most of the time.”

The Director is very passionate about the subject and so are many of the students want to learn more about astrology and space itself.

Students and adults can both come and be a part of this event to learn more about the space above us.