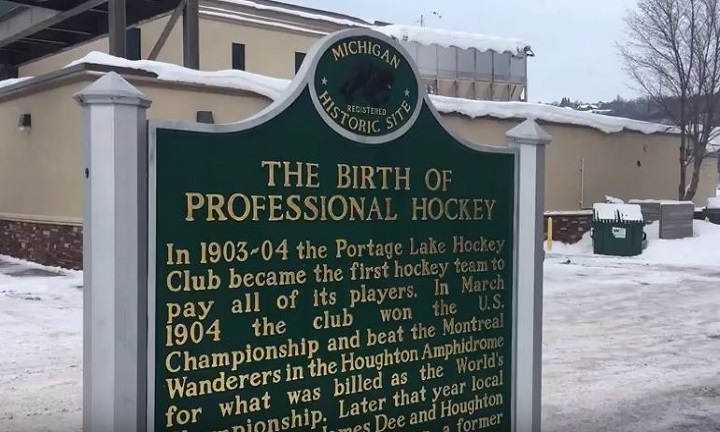 HOUGHTON — When Michigan residents renew their license plate tabs, they are given the opportunity to purchase a recreation passport for an additional $11, that allows the vehicle entry to all state parks and boat launches. That per vehicle fee is applied to park operations and maintenance, and some of it is distributed across the state to other recreational facilities as part of the Recreation Passport Grant program.

“The City of Houghton was awarded a DNR Passport Grant for showers and locker room work at Dee Stadium and that’s something that certainly has been needed for a long time so if everything goes well prior to 2018 hockey season starting we should have new showers down there at the Dee Stadium,” said Houghton City Manager Eric Waara.

The stadium was built in 1928 after a fire had destroyed the Amphidrome, the original stadium that stood on the grounds. It was once home to Michigan Tech’s Huskies, and was nearly closed in the 1980’s, but public efforts and fundraisers kept the doors open and prompted the city to purchase the rink from the university.

“Part of the DNR’s mission with these grants is also to increase accessibility to those facilities so one thing that were going to be doing at Dee Stadium is purchasing sleds for people with mobility issues that they can use to get out on the ice and use the facility as well,” said Waara.

Houghton is one of four Upper Peninsula Communities to benefit from the Passport Grant program this year, 22 communities statewide have been awarded and will be sharing nearly $1.5 million in project funding.