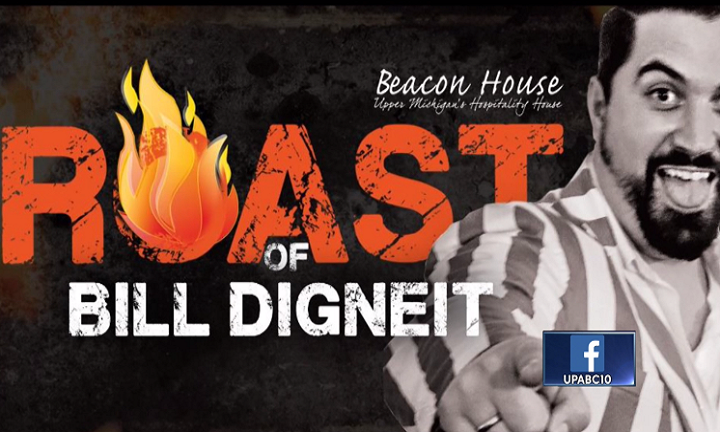 MARQUETTE — Later this month, one Marquette celebrity will be featured in a “roast ceremony” to help raise money for a local organization.

The Beacon House is presenting its first ever comedy roast for charity as they grill Bill Digneit, Marquette’s king of entertainment. The entire night of jokes, all in good light, of course, will be held on November 30th at the Masonic Center.

Last week, a meeting was held with the roasters of sorts, as they met each other, and planned the evening of burns and laughs.

“This is our annual fall fundraiser, and we decided to have a little twist and put the ‘fun’ in fundraiser and do a roast, which, we don’t think has ever been done before in Marquette,” said Beacon House Public Relations manager, Andrew Lorinser. “We wanted to roast one of Marquette’s most beloved local celebrities, Bill Digneit.”

“I’m very excited to help support the Beacon House – it’s really close to my heart,” said local celebrity Bill Digneit. “If I have to get made fun of a little bit to raise some money for a really good cause, I’m willing to lay my ego and feelings on the line.”

Our very own Sam Ali is one of the featured roasters, and he’s excited to whip up some jokes.

Which game should we feature as the ‘Game of the Week’ for Friday Night Frenzy?