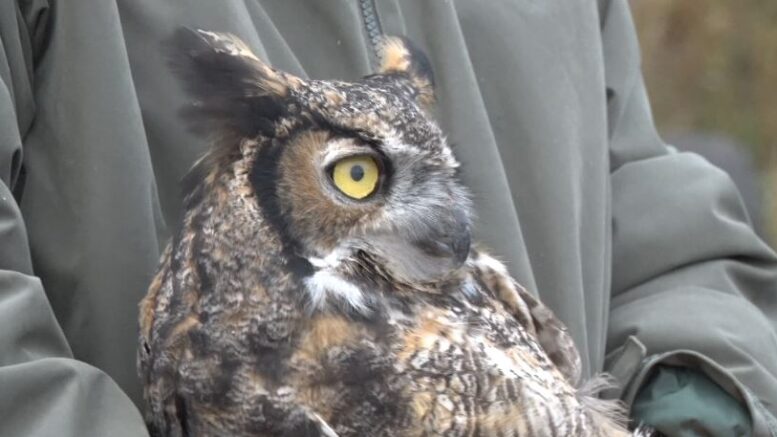 MARQUETTE — Monday ended up being a “hoot” for the Chocolay Raptor Center, as they released a rehabbed Great Horned Owl back into the skies.

The beautiful owl was ready to spread its wings once more, as people gathered at the location where it was first rescued a couple of weeks ago – Buffalo Wild Wings in Marquette. The owl was found in poor condition with a broken wing and was taken into the center for rehabilitation and examination. Surprisingly, the owl has managed the make a speedy recovery, and today, he tasted freedom once more.

“He flew strongly – that’s part of the test, you know, watch his rehab, make sure he can fly, and make sure he’s eating on his own – he did fine,” said Bob Jensen, Co-Founder of the Chocolay Raptor Center. “Once he’s doing that, he’s back to where he was before. So as long as he doesn’t run into anything for a while, he should be just fine this winter up here in the U.P.”

The center says releasing owls like this always leaves them with a sense of pride for their work.

Injured Owl to be released Monday

Arvon Township students raise more than $700 for “Read for Raptors”