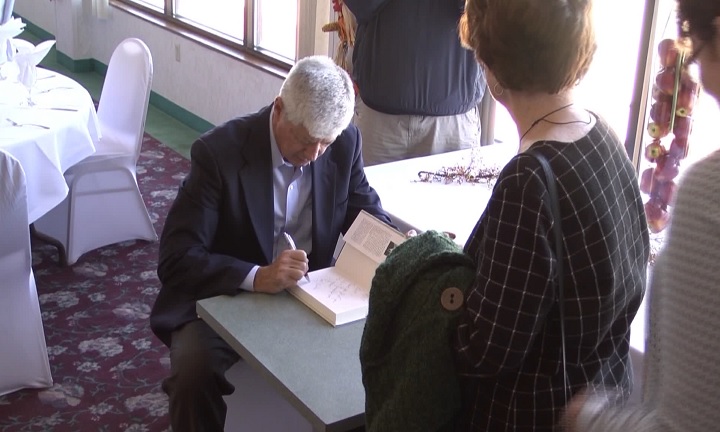 HOUGHTON — Former congressman and fellow Yooper Bart Stupak was in Houghton over the weekend. Stupak spent the morning signing books and mingling with supporters Sunday after the release of his new book, “For All Americans.”

If you bring up the topic of health care, there’s no shortage of opinions on the subject. Some want it, some don’t want it, the argument goes on and on.

Former Congressman Bart Stupak has published his account of events in a tell all book entitled “For All Americans.” Stupak spoke at a brunch gathering yesterday with other members of the Democratic Party in celebration of the books release.

The book offers its readers some behind the scenes details of Obamacare, in what the former Congressman describes as a political thriller.

“It’s really about the ethical and moral value struggle I had in trying to pass the health care while at the same time protecting the sanctity of life. And that’s what the books about. Everyone knows that we passed the affordable care act at the end, but all that went on behind political shenanigans, late night negotiations with the presidents team, it’s all laid out in the book,” said Stupak.

Stupak says that there were many obstacles in proposing the bill and went on to say that there were a lot of colleagues who took credit for false attributes, and the book sets the record straight. When asked what inspired him to write the book, Stupak says he was encouraged by the BBC, and scholars at Harvard university after hearing his account of events.