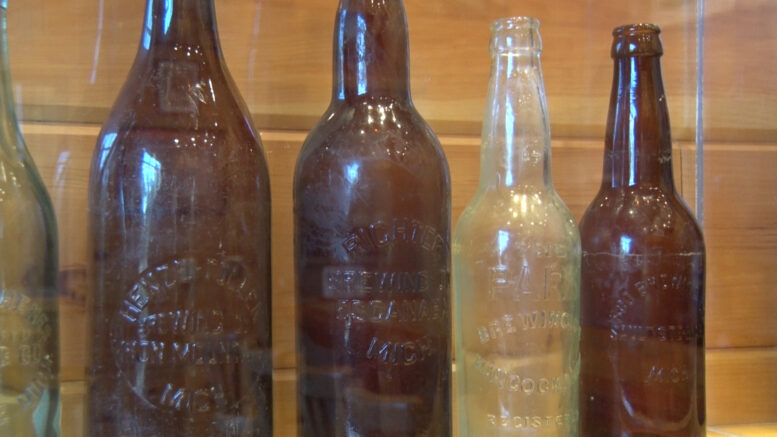 ESCANABA — The old bottles in Upper Hand’s taproom will soon be the only ones associated with the brewery.
The Escanaba–based craft beer entrepreneur is switching from bottles to cans, and it seems, at the moment, to be a step in the right direction.

“Cans just resonate more with what we’re trying to accomplish with our brand here in the UP. You can bring cans to more places, they’re lighter weight, You can bring them hiking, boating camping, with just generally less environmental impact and inconvenience as bottles,” said production manager Sam Reese.

The cans are a catalyst in renewing the company’s portfolio, sparking a sort of re-brand with new can designs, as well as a new member of the Upper Hand family.

“One of those things that a lot of people are super excited about is that we’re going to come out with a year–round IPA, and we’re looking to do a mid–year, probably around July fourth release of that in 2018,” said Reese.

The release of the new beer will be the final element of the transition, which is set to begin in the early months of 2018.