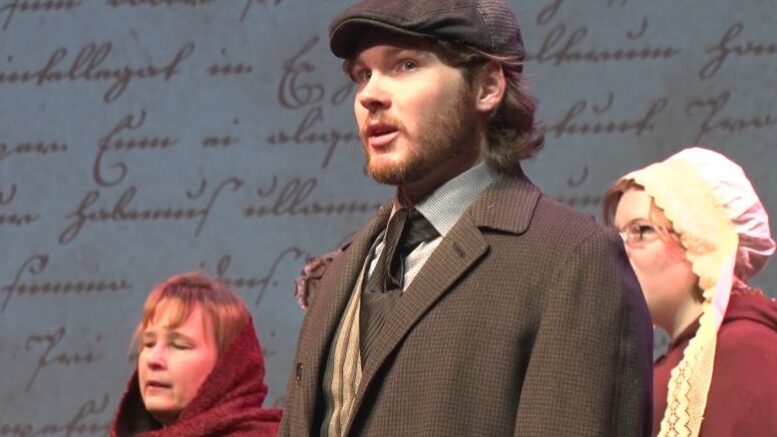 MARQUETTE–As the fall approaches, Northern Michigan University is preparing for the school year to start.
One department is working hard to start the upcoming semester on a high note.

The NMU Theatre Department has recently announced their shows for the 2017-2018 season. With shows like family favorite, Tarzan the Musical, and the comedy farce, Noises Off, this lineup is sure to be a joy to the public. Newly hired head of theatre, Bill Digneit, is excited to work with the Forest Roberts Theatre, as he takes the stage with his new role.

“We have been making some exciting changes with the new opening night party series, as well as, most of our shows are going for two weekends instead of one for our main season, as well as, we’re still keeping our Haunted Theatre and other exciting things,” said NMU Theatre Department Head, Bill Digneit.

Digneit says tickets for this year’s shows will go fast. Tickets for entertainment events and theatre shows through the Forest Roberts Theatre can be found through the NMU EZ Ticketing System online, or in person at the Superior Dome, NMU Bookstore, or at the theatre itself.