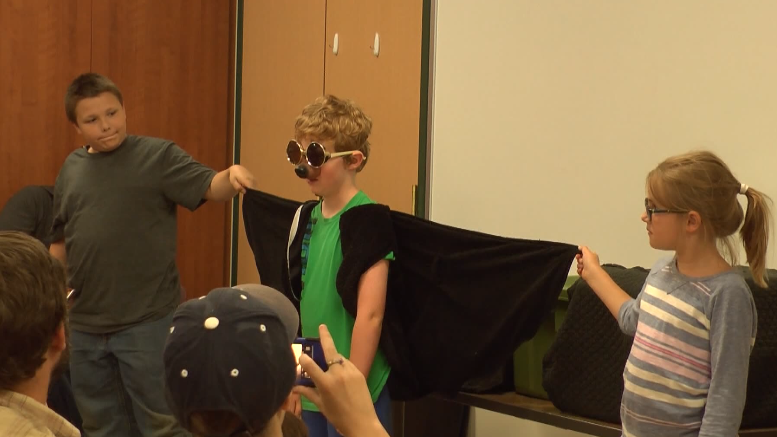 HOUGHTON — The Portage Lake District Library hosted the Organization for Bat Conservation to explore the importance of bats both globally and locally.

A full crowd learned about all nine types of bats in Michigan and general characteristics shared by 1,300 types. Some of the younger viewers were even transformed into bats themselves. The conservation brought along four live critters for people to see, including a fruit bat, which is featured in the children’s book “Stellaluna.”

Ableson also discussed issues facing the bat community, including white nose syndrome, and taught them about bat houses. To learn more about the Organization for Bat Conservation or the bats themselves, visit their website here.

Changes to library after vote

To leave or not to leave the library?