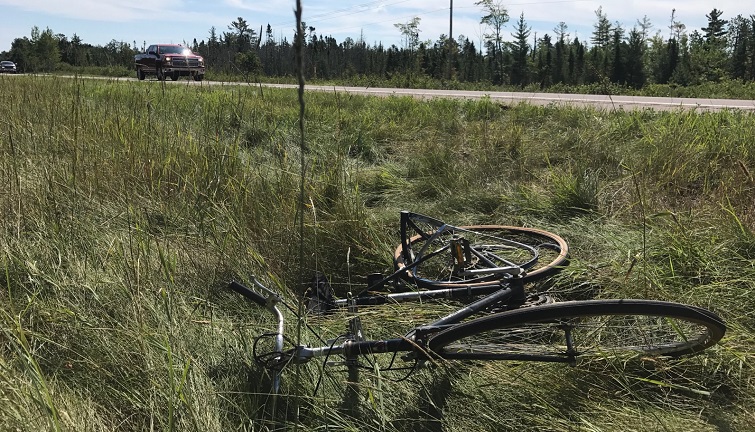 CHOCOLAY TOWNSHIP — A 70-year-old bicyclist was injured after he was struck by a vehicle Monday morning in Chocolay Township.

According to the Chocolay Township Police Department, the accident occurred just after 11:00 a.m. on M-28 near Lakenenland. The bicyclist was traveling westbound on the shoulder of M-28 when he attempted to turn left into Lakenenland.

Police say the bicyclist never saw a vehicle behind him as he attempted to cross the highway. The bicyclist was side-swiped by a trailer on the vehicle.

He sustained a head laceration in the accident. Two people traveling in the area, who happened to be a critical care nurse and a paramedic, stopped and helped the injured bicyclist.

He was transported to UP Health System – Marquette for treatment of minor injuries.