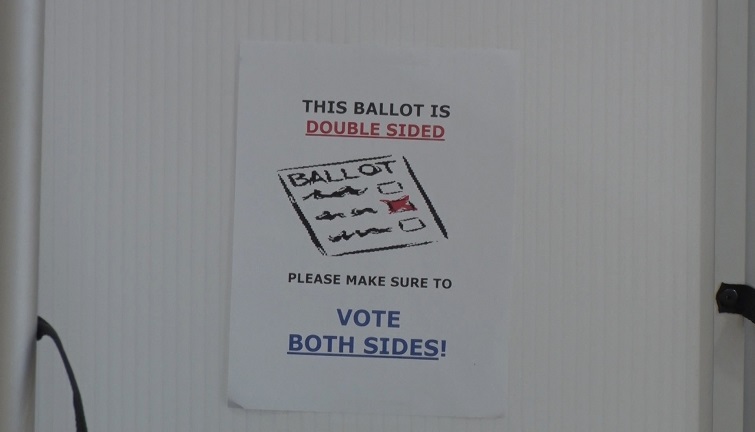 MARQUETTE — Tuesday is a big day for many school districts, police departments, fire departments and more. A number of issues will be decided by voters as they head to the polls to vote.

The polls open Tuesday at 7:00 a.m. and close at 8:00 p.m. local time. Marquette County Clerk Linda Talsma has some friendly reminders for anyone planning to vote.

For constituents in the 109th state representative special election, you cannot cross party lines and vote for both parties. And in some places, the ballot slip is two-sided.

“Some of them you have to turnover, especially in the City of Marquette; there’s a two-sided ballot there,” said Talsma. “We have a two-sided ballot in Richmond Township for the Negaunee Schools race, so just to be on the safe slide flip your ballot over and make sure there’s nothing there.”

Voters will notice new voting machines at some precincts. Talsma says the new equipment will make the entire process even easier than before.

She is hoping so see voter turnout around 30%, which is typical for a primary election.