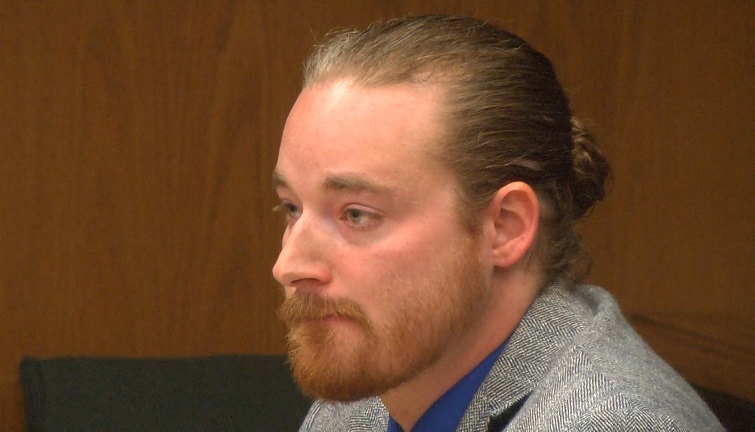 MARQUETTE — A Marquette man accused of stealing funds from a local hockey team appeared in court Wednesday afternoon for his preliminary exam.

Brice Burge, 29, is charged with embezzlement and the illegal use of a financial transaction device. Burge was the general manager of the Marquette Mutineers until his firing and arrest in March.

Gary Enright, chairman of the non-profit organization, testified Burge made several unauthorized purchases during his time with the team.

“It was well over $3,000 in what would have been personal expenses that were definitely not authorized by the team,” said Enright. “And after we looked into it we came up with about $5,000. And then when we started adding up what we should’ve had and what we did have, we were over ten ($10,000).”

During the cross examination period, Burge’s attorney, George Hyde, questioned Enright about the operations of the organization. Enright admitted the team had not paid Burge anything when he started the job in November.

“The question is, you never told him (Burge) that you were planning to pay him $1,000 for the season?” asked Hyde.

“I… I don’t remember if we did or not,” replied Enright.

Judge Rodger Kangas stopped the court hearing after 30-minutes. Burge’s preliminary exam will be finished at a later date.