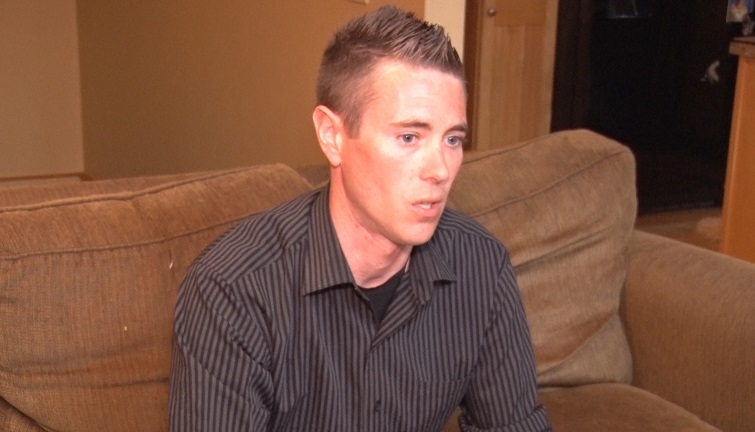 CHOCOLAY TOWNSHIP — “I think rape is one of the nastiest words out there and to have been accused of something like that, it has shattered my world.”

Kyle Allen, 34, is speaking out to clear up to his name and warn people about the dangers of social media. Last year, Allen, who lived in Ishpeming at the time, was charged with third-degree criminal sexual conduct.

Allen ended up in jail on Christmas Eve, several months after the alleged incident happened.

Kyle explains how he found out he was a wanted man.

“There was a post on Facebook about me, stating that the police were looking for me, that I had raped a girl,” said Kyle about the post. “I received messages from a lot of people randomly calling me a rapist, threatening me. My family would receive messages. My family was trying to defend me.”

Allen’s family bailed him out of jail, but the damage was already done. His face was plastered all over social media about him being wanted by police for third-degree criminal sexual conduct. Kyle says the incident was especially hard to deal with because he has a 9-year-old daughter.

“My daughter wouldn’t come for Christmas. It pretty much ruined everything for us,” he said.

In an attempt to prove his innocence, Allen says he took a polygraph test in early March. Approximately a week after he took the test, the felony charge against him was dismissed by the prosecutor’s office. Court records obtained by ABC 10 show the charge was dismissed in mid-March.

“I don’t understand how somebody can think it’s ok to do this to somebody’s life,” he said. “It’s such a gut-wrenching feeling when you’re out and people are pointing at you and saying, ‘That’s the guy from the post. That’s a rapist. He’s a terrible person.”

When to repair or replace your water heater

“Walk-a-Mile in My Shoes” Rally in Lansing