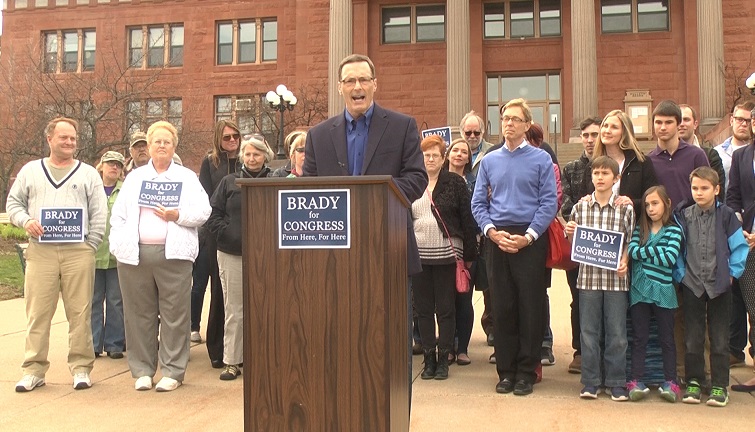 Dwight Brady announced Monday afternoon he’s entering the 2018 First District Congressional Race as a Democrat. He made the announcement in front of a group of his supporters on the steps of the Marquette County Courthouse.

Brady says he’s thought about running for congress for a few years and this was the right time to do it. One of the main speaking points during his announcement was what he called the ‘Repeal and Replacement of Jack Bergman.’

“This means something to me. We can talk policies all day long, but at the end of the day you have to have a real passion for where you are from and where you’re representing,” said Brady. “For me, when I go to Washington, I will always vote my district first.”

Brady says solving the nation’s debt problem and addressing the future of healthcare would be two of his top priorities if he’s elected. He will continue teaching at NMU during his campaign.