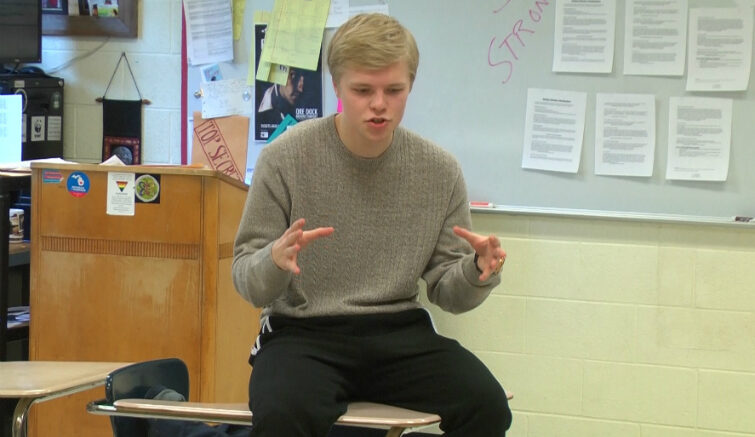 MARQUETTE — Graduation Day will be here before you know it for high school seniors. The decision of where to go to college can be a tough one, especially when it comes to figuring out how to pay for school.

Students at Marquette Senior High School had a former classmate on hand today to talk attending college on a budget. Evan Bonsall graduated from MSHS in 2015.

He’s currently a sophomore at Harvard University. Bonsall told students in the room how he’s able to manage going to an Ivy League school where his yearly tuition is $60,000.

“Almost nobody pays $60,000. In fact it was substantially less money for me to go to school there than it would have been to go to NMU. The total cost of attending four years is equivalent to a single year at NMU for me,” said Bonsall.

“They have very generous financial aid. Anybody from a household that makes $65,000 a year or less gets a full-ride just based on financial need. They give out scholarship money to a very wide range of people,” Bonsall added.

Bonsall plans on majoring in government and is leaning towards a history minor.

Michigan drivers continue to buckle up

More Globetrotters Tickets to give away, Some Winners Announced

Violas for Kids in Houghton