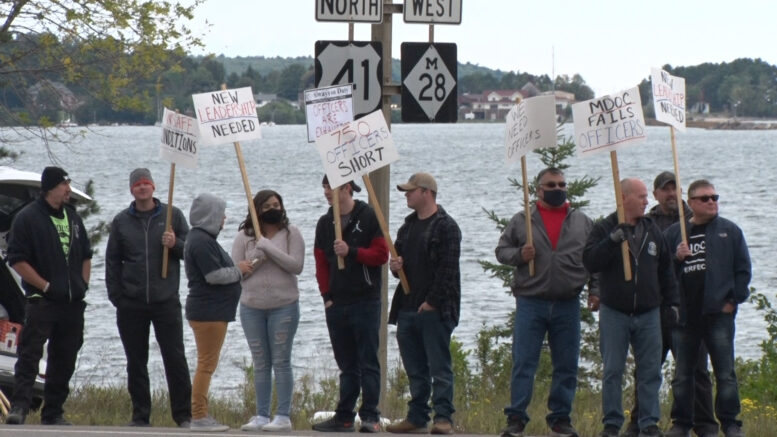 MARQUETTE — Yesterday, concerned corrections officers picketed along US–41. Today, the Michigan Department of Corrections (MDOC) responded to their grievances.

The protesters called for a change in leadership, citing under-staffing and unsafe working conditions.

The Michigan Corrections Organization, which represents corrections officers statewide, even submitted a letter of no–confidence in corrections leadership to state lawmakers.

According to a spokesman for the MDOC, the increasing vacancies is something that the department has been focused on for some time.

“This is something that we’ve been focused on and been addressing for a number of years,” said Chris Gautz, spokesman for the MDOC. “The problem is we lose about 45 to 50 corrections officers every single month. That’s about 600 per year that we lose, and so we have to hire anywhere from 600 to 900 officers every year just to stay where we’re at, but then hopefully address the overall shortfall. We’ve been doing that up until the pandemic hit.”

The MDOC has academies every three months to train corrections officers, which have either been greatly reduced or cancelled because of COVID–19. These academies usually train 200–300 people; the last one was only able to train 114 officers.

To make up for the lost officers, the MDOC is ramping up recruitment efforts, and changing the academies to accommodate virtual learning.