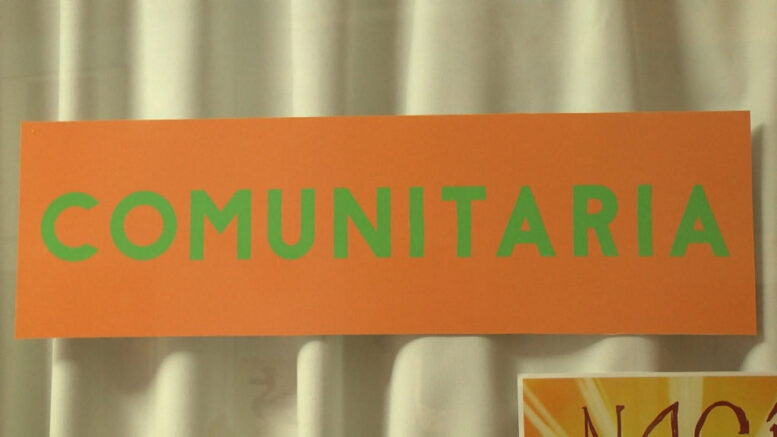 One of the recipients of the 2019 scholarship is Mary Antonia Andronis, founder of Comunitaria Language School in Marquette.

“When you learn another language, it makes you see things from a different perspective,” said Mary. “It kind of changes the way you express yourself and the way you see the world to some degree, and I think that’s always a good thing.”

Mary has called many places home, from Chicago to Spain to Ecuador, but Marquette has held a special place in her heart since the early 1990s. Mary’s family moved to the area from the south side of Chicago when she was in high school, and she graduated from Marquette Senior High School and Northern Michigan University.

She’s something of a world traveler, having lived in several different continents since that time, but Marquette is the place she says she always wanted to return to.

“My family is here, but the community over the last 30 years, the people that we’ve been able to be involved with, and watching Marquette grow has been really amazing,” said Mary. “It’s changed so much in the last 30 years, and I see a lot of great things happening.”

One of those changes is an interest in other languages. Mary is passionate about the Spanish language and culture, and she wanted to share that with her community. So, in 2017, Mary founded Comunitaria Language School.

“Comunitaria is a locally based, small–scale language school,” said Mary. “We meet in this one–room school house. The goal has been for the last year and a half that I’ve been open to provide low–cost lessons that are scalable to people’s schedules and for all ages.”

Mary teaches Spanish primarily, along with some English as a Second Language courses. But her impact on the community doesn’t stop at language classes. Mary meets with some of the community members taking classes from her for knitting and crafting nights, workshops, and discussion groups. Another way Mary helps those interested in learning Spanish is by hosting Spanish conversation groups at local venues.

She says that Spanish is increasingly more common in the United States, and she’s excited by the interest in it she’s seen here in Marquette.

“Language is something that we kind of take for granted,” explained Mary. “We all speak language, right? And we tend in the United States to mostly focus on English. But that’s kind of changing. We actually have more Spanish speakers in the U.S. than Spain has at this point. So Spanish is a growing language and it’s one of those languages that’s really useful, maybe not necessarily in Marquette or this region, but in a lot of other places. And it’s becoming increasingly relevant here too.”

Mary’s language classes are making an impact both in Marquette and across the globe. Many of Mary’s students plan to travel to Spanish–speaking countries, and every once in a while, she teaches a student intending to move to one.

The Tom Baldini Scholarship will not only help Mary to continue offering Spanish courses, but also to connect her with even more of the community.

“Going forward, I hope it’s going to allow me to forge a lot of new connections with people in Marquette and to talk with other small business owners and other people in the region. A lot of professional development, too, in the coming year is what I’m looking forward to. It’s just a great group of people to have connections with.”