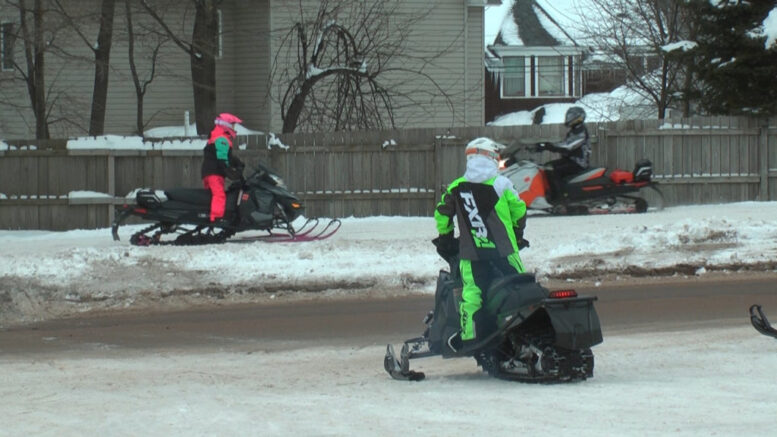 HOUGHTON — One man from Illinois was killed in a snowmobile accident that happened over the weekend near Mount Bohemia. This is one of the reasons why the sports related injury and trauma center is being expanded at one local hospital.

There are two major snowmobile trails in Houghton county and both very popular with locals and tourists. But, it’s not all fun and games.

A 49 year old man from Illinois was killed Sunday evening on northbound trail three in Keweenaw County. He was traveling with a group of snowmobilers when he missed a turn. The sled was airborne throwing him off. He was pronounced dead on the scene.

The accident highlights the dangers of not only snowmobiling, but also skiing. Locals love Mount Bohemia, but say you have to be careful.

Joe Tadie likes to ski at Mount Bohemia and says, “I mean there are trees everywhere so you’re bound to hit one from time to time but, I’ve been lucky enough not to get any bad injuries. This time we did see a guy break his leg though.”

Hockey and snowboardhave their dangers. Virtually every parent I spoke with had a child who plays, and most say they are aware of the winter sports dangers.

Paula Trudeau has sons who play hockey and ski. She says, “Well you always worry. I think no matter what they do we worry but we try to make sure that they are strong and able to do what they’re competing in so that if they work out and are prepared then usually it’s safer for them especially if they’ve taken lessons from the time they were little.”

But, accidents do and will happen. It may be why Aspirus Hospital in Laurium is expanding the sports injury and trauma program. In many cases it’s the closest hospital for those who love to chase the northern slopes.