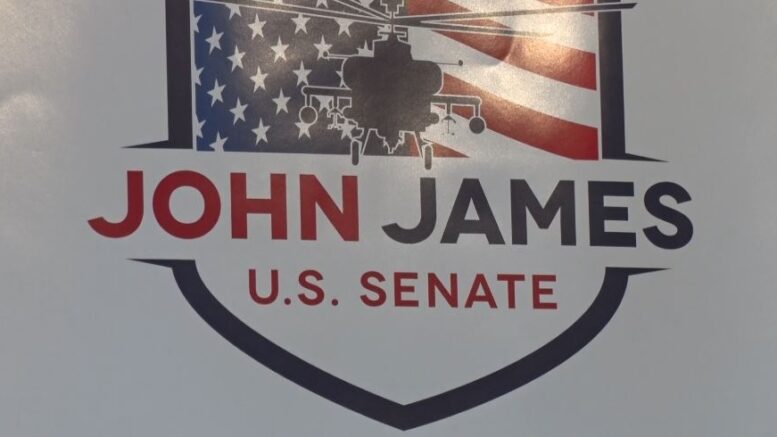 MARQUETTE — A rally in support of John James, a Republican candidate for U.S. Senator was held this afternoon in downtown Marquette.

Joining him was Congressman Jack Bergman, Senator Tom Casperson, and candidates for senator and state representative, Ed McBroom, and Melody Wagner, respectively. James is running against incumbent, Debbie Stabenow in the upcoming election on November 6th.

In a packed room, James discussed his plan for Michigan’s future, and how he believes his previous leadership overseas fighting in Iraq has prepared him to lead back home.

“Protecting the ‘American Dream’ has a lot to do  with we the people having a voice on the floor of the U.S. Senate, not just rich people and career politicians, ” said republican candidate for U.S. Senator, John James. “I’m a voter, I’m a citizen, a dad, a father, husband, and I’m incredibly frustrated with the lack of experience currently representing the people in the State of Michigan, and I’m incredibly frustrated by the partisanship that’s taking hold in Washington. I believe there are more people who are concerned with the issues in Washington and bringing them back to Michigan, rather than taking Michigan’s concerns back to Washington.”

As part of his tour today, James continued on to Iron Mountain and Traverse City to hold similar events.