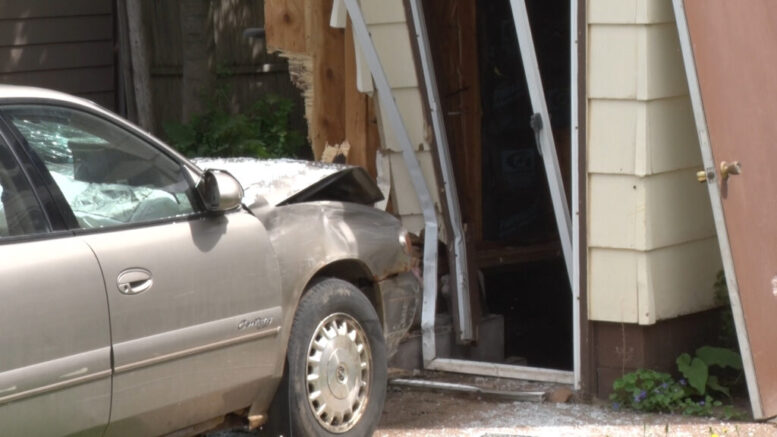 ISHPEMING — No one was injured following a single vehicle accident in Ishpeming this afternoon.

At approximately 3 P.M. Thursday, Officers from the Ishpeming Police and Fire Departments responded to the intersection of York and Vine Streets. A gold Buick Century was traveling south on NORTH 2nd Street and attempted to slow down at EAST Empire Street. The driver was unable to stop and ran through the intersection, through a yard and into the back of a home.

According to witnesses, the homeowner was not home at the time of the accident.