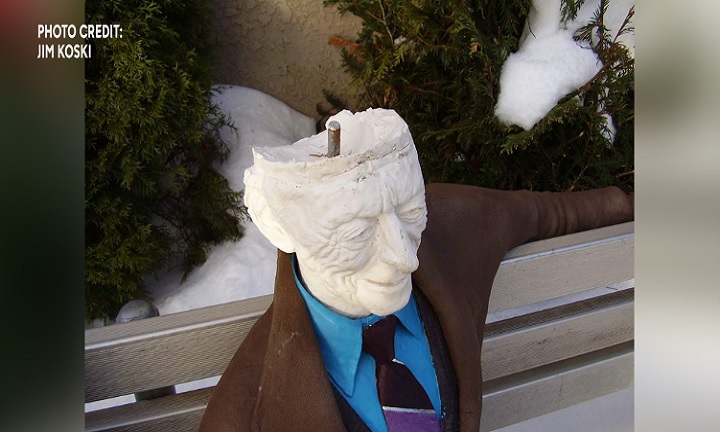 MARQUETTE — The Marquette Police Department has made an arrest in connection to the damage done to the Phil Niemisto Statue over the weekend, according to a press release from the department.

Police arrested 20 year-old Alex David Wiitanen of Marquette on Thursday for his alleged involvement in the incident. Warrants were authorized by the Marquette County Prosecutor’s Office for malicious destruction of tombs and memorials less than $200 and for larceny of less than $200.

Wiitanen was released upon posting $500 bond. Both the hat and scarf of the statue have been recovered by the Marquette Police Department.