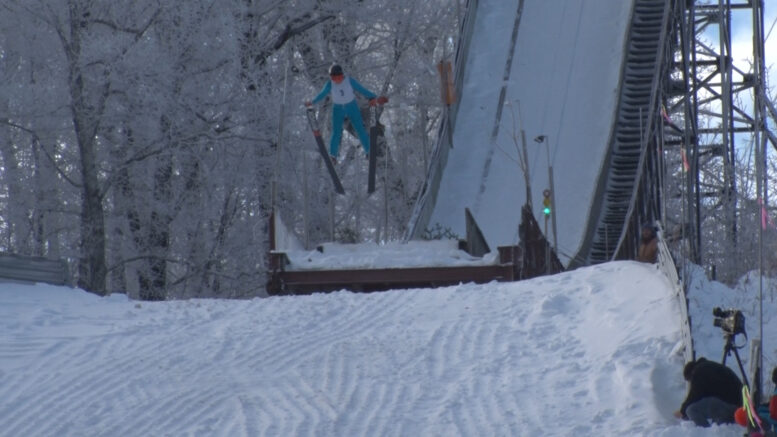 NEGUANEE — It wasn’t the time of the day that they had hoped for, but the 131st Suicide Ski Hill Ski Jumping Tournament ran on Wednesday after being postponed due to high gusts.

The longest running ski tournament in the country featured skiers from all corners of the globe. It provides a unique chance for locals to see something that doesn’t come around that often. Local jumper Timothy Ziegler appreciates the chance to not have to travel far to compete.

“Usually to have to go to a competition like this, I’d have to drive anywhere from 5–8 hours. So the fact that it’s basically in my back yard is just amazing,” said Ziegler.

Like most competitors, Ziegler started out young, as he ended up in the right place at the right time.

“I started when I moved here when I was around eight or nine years old,” he said. “We never had the opportunity near us before, and my parents knew I was a skier ever since I was a young kid. So they figured that I might want to try it out.”

Even though the event was scheduled at night, with bonfires and fireworks, the turnout was good enough for the jumpers. Many showed up and supported these great athletes. For every other competition, Ziegler and other competitors are traveling overseas, and experiencing new cultures, new cities, and new people. But for now, ski–jumping competitively right at home is something worthwhile.

“It’s insane. The fact that we have an international competition right here is not something that many people can boast about, and to be part of it is even better.”