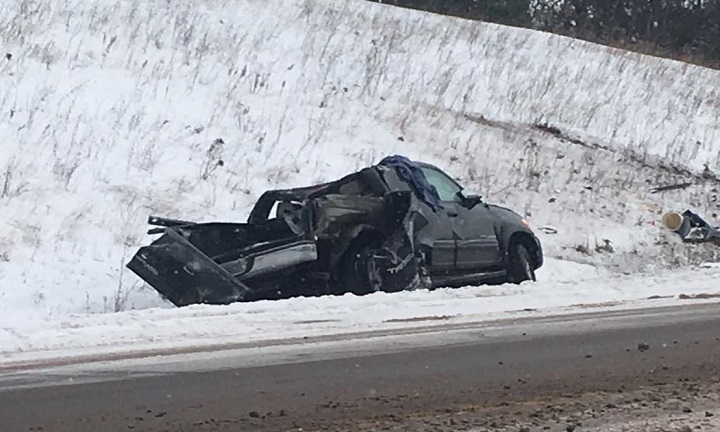 The driver was identified as Bruce Thompson of Gwinn.

According to police, Thompson was traveling northbound on M-553 when he attempted to pass another vehicle. He was driving too fast for conditions, lost control of his vehicle and exited the roadway. The vehicle then rolled twice before landing upright.

Thompson denied medical treatment on the scene. He was cited for driving too fast for conditions and driving without proof of insurance.