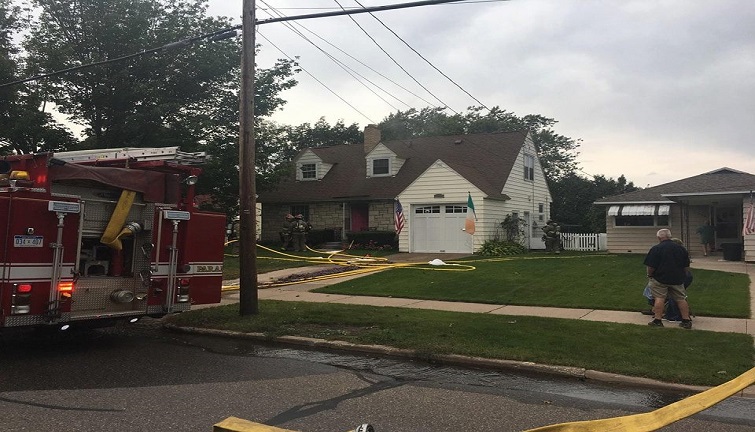 MARQUETTE — Emergency responders were dispatched Monday afternoon to a house fire on the 700 block of West College Avenue in Marquette.

The fire was reported around noon. Dark smoke was seen coming out of the front door and second-story windows.

According to Lieutenant Greg Guertin, the fire started in the basement.

“We do a 360-degree walk around, so we look at all the windows, look where the smoke’s coming from,” said Lt. Guertin. “One of the things we always do with a fire like that when it’s coming out of the second-story, first-story, it was banked down so low, we looked right away to the basement and that’s where we found it today.”

Fire crews were able to locate the fire in a secluded area of the basement and were able to knock it down in about two hours. Positive pressure ventilation was used to clear the heavy smoke from the home.

The homeowner, her dog, and one of her cats made it out without injury. Another other cat perished in the fire.

The Marquette Board of Light and Power, SEMCO, and Marquette City Police all assisted at the scene. The cause of the fire remains under investigation.