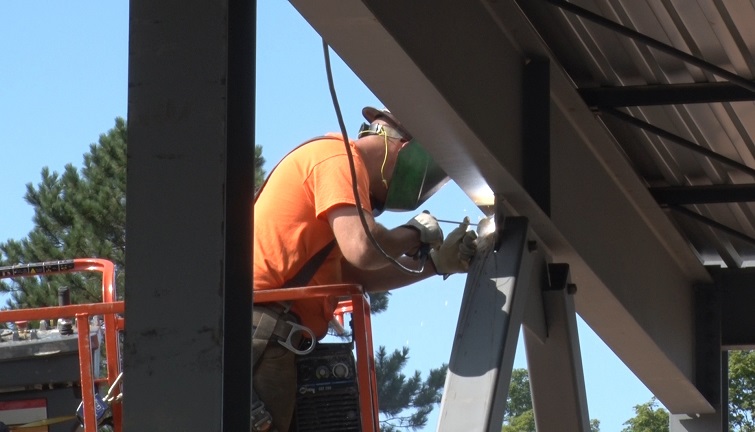 IRON RIVER — Ahead of schedule. That’s what officials at Aspirus Iron River are saying about the new medical clinic that’s being built in Iron River.

The clinic will sit within steps of Aspirus Iron River Hospital on Ice Lake. Four physician clinics spread throughout Iron River will be relocated to the new building.

“Our physical therapy rehab program is going to be moving into that building along with specialties we often house in the hospital because we don’t have room for them,” said Koutouzos.

Having all of the hospital’s services in one central location has its benefits for doctors, nurses, and their patients.

“It’s certainly going to make a seamless type of service. The environment is going to be incredible,” said Koutouzos.

Back in May, hospital officials broke ground on the 24,000 sq. ft., two story facility. Miron Construction has 25 guys on site working on the project.

Despite a very wet spring and summer, right now the project is moving along faster than anticipated.

“Everything went together good. It was planned good, it was built right and had the right people on the crew,” said Nick Marek, project superintendent for Miron Construction. “The building’s going to be enclosed in a couple of weeks. And by that time, windows will start going in and the roof will start going on.”

“We’re looking to be occupied in there hopefully by next March,” said Koutouzos. “I think we’ve had some exciting things happen to us over the past year that validates we’re doing the right things. Just this spring, we were notified of being in the Top 20 Hospitals in the country. That’s a big accomplishment,” she added.

The expansion in Iron River is part of $53 million in recent investments by Aspirus in the western U.P.