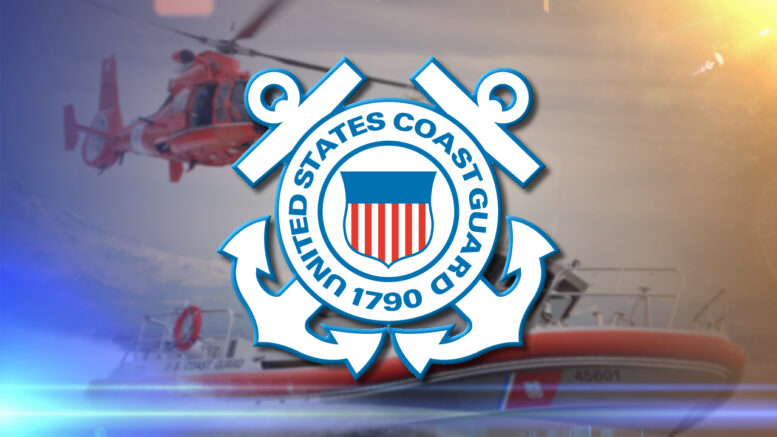 The U.S. Coast Guard continues to monitor a 629-foot U.S. cargo ship that ran aground on the north side of Sugar Island in the St. Marys River, Wednesday, at about 11:40 p.m.

The merchant vessel, Calumet, departed Essar Steel in Sault Ste. Marie, Ontario and was transiting downbound on the St. Marys River to its next port of call in Brevort, Michiagn, when it ran aground. The vessel was not carrying any cargo.

The Army Corp of Engineers conducted an assessment of the river bottom around the vessel.

Contracted divers conducted an initial assessment of the vessel’s stern and determined that it is structurally sound. Divers were expected to survey the rest of the vessel later this afternoon.

Grand River Navigation, the owners of the ship, has hired an Oil Spill Removal Organization to place boom on the surface of the water near the front of the vessel to protect the environment as a precaution.

The Coast Guard conducted two aerial flights Thursday, one with an MH-60 helicopter from Air Station Traverse City, and one later in the day by a Coast Guard Auxiliary Air Patrol. A Coast Guard pollution aerial observer was aboard both flights and saw no pollution.

An investigating officer and safety officer from the Coast Guard are on board the Calumet. In addition, a 45-foot response boat from Coast Guard Station Sault Ste. Marie remains on scene to monitor the safety of the vessel and any possible environmental impact. The Coast Guard Cutter Biscayne Bay is scheduled to arrive on scene Friday afternoon to provide support.

The St. Marys River will remain closed to commercial vessels from the Soo Locks to 6 Mile Point.

Grand River Navigation is finalizing a salvage plan and will present it to the U.S. Coast Guard for review and approval later today.

The cause of the grounding is under investigation.

The merchant vessel Calumet departed ESSAR Steel in Sault Ste. Marie, Ontario and was transiting downbound in the St. Marys River to its next port of call in Brevort, Michigan, when it ran aground.

The U.S. Coast Guard is on scene and no injuries have been reported. The vessel is currently aground and stable.

There are currently no signs of pollution.

The St. Marys River is closed to commercial vessels from the Soo Locks to 6 Mile Point. The vessel’s company, Grand River Navigation Inc., is taking precautionary measures to help ensure the safety of the environment and developing a salvage plan.

The cause of the grounding is under investigation.