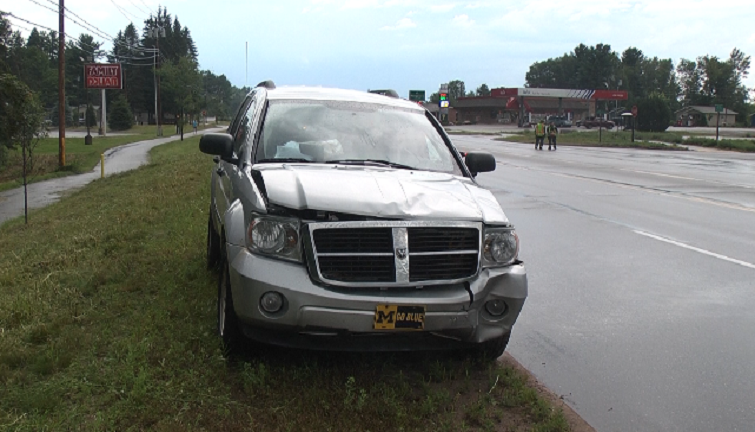 CHOCOLAY TOWNSHIP — One person was taken to the hospital after a two-vehicle collision Wednesday afternoon in Chocolay Township.

The accident occurred just after 5:30 p.m. on US-41 near Krist Oil. According to police on scene, a silver Dodge Durango was headed south on US-41, when a maroon F-150 pulled out of Family Dollar and into the path of the Durango.

The Durango suffered heavy front-end damage. No one in that vehicle was injured.

The driver of the F-150 was taken to UP Health System – Marquette for treatment of minor injuries. The truck suffered damage on the driver’s side.

Both vehicles were towed from the scene. The truck driver was found at fault for the accident.