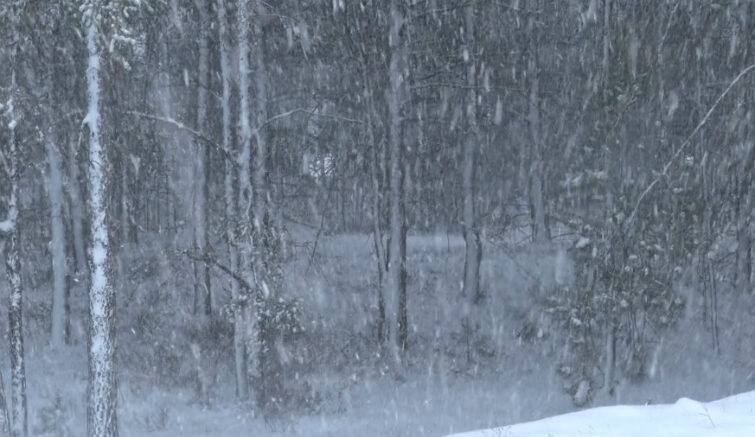 By time it was all said and done, 6-10 inches fell in many parts of the Upper Peninsula. Northern Iron County and Marquette County were the hardest hit by the snowstorm.

Snowfall began around 4:00 a.m., dumping several inches of fresh powder every hour, making for a tricky morning commute for many Yoopers. The National Weather Service says seeing this type of snow in April is not uncommon.

“Especially in the spring in that transition season when you’re going from really warm to really cold, kind of what we experienced from the weekend being really mild and then down to below freezing,” said NWS Meteorologist Jaclyn Ritzman about the spring weather pattern.

Ritzman added that we could see another snow shower or two by the end of the week.

One injured in car accident