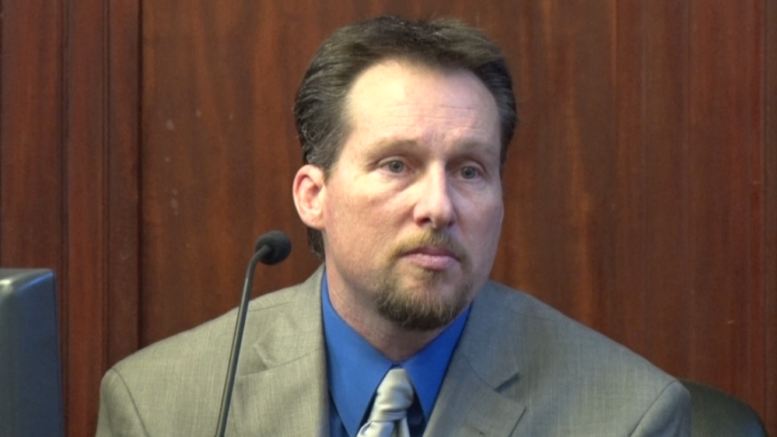 UPDATE–Alleged kidnapper and torturer Jason Sadowski is now under an open federal investigation as the retrial continues.

Special agent with the Bureau of Alcohol, Tobacco, Firearms, and Explosives, Aaron R. Voogd opened an investigation Wednesday on Sadowski, into allegations of Possession of Firearms by a Prohibited Person.

The investigation relates to the recovery of the Smith & Wesson 9mm semi automatic pistol. The firearm was recovered back in July 2, 2013 during the unlawful imprisonment/kidnapping investigation conducted by the Ishpeming police and Michigan State Police.

According to the statement written by Voogd, this lead to a request for a federal review for potential gun charges.

“Based on the aforementioned facts, I respectfully submit that there is probable cause to believe that, on or about, July, 2, 2013, in the Western District of Michigan, Northern Division, Jason Sadowski, a convicted felon, knowingly possessed firearm, specifically Smith & Wesson, model 39-2, 9mm semi automatic pistol…” according to Voogd’s released statement

MARQUETTE– Jason Sadowski’s trial got contentious as the defendant took the stand for the second day and squared off with the prosecution.

Wiese challenged Sadowski on differences in his testimony from the previous trial and decisions he made the night of the alleged incident.

Sadowski could not remember some details of his past testimony and said that he never had a chance to mention others.

The testimony often got tense and Sadowski was often stopped by the judge after going off course after being asked a question.

“I’m not implying anything and it has nothing to do with the parking lot, the parking lot was a symptom,” Sadowski said. “But as Willey admitted, he was spreading rumors around me.”

After Wiese objected, Sadowski said, “You just asked me the question so let me answer it, what are you afraid of.”

After Sadowski’s testimony the defense rested their case.

Both the prosecution and defense gave closing arguments after lunch and the jury was given instruction before being sent to deliberate.