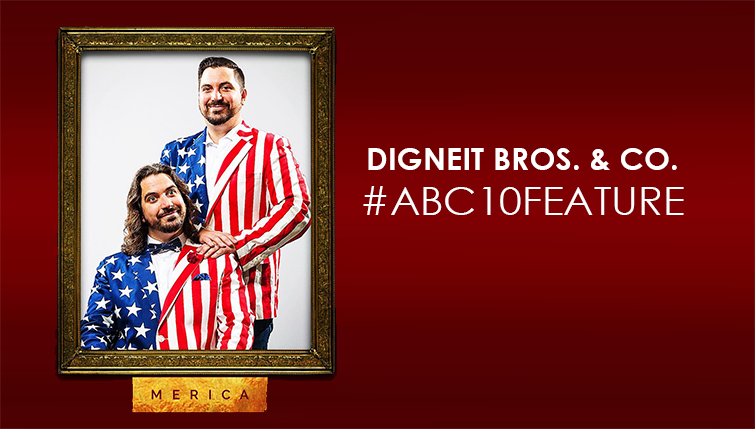 MARQUETTE– If you’ve attended any party or celebration in Marquette, there’s a good chance you’ve probably seen two guys that look alike. The Digneit Brothers are involved in a number of different things, from providing music and fun at weddings to their latest adventure, a restaurant on Washington Street.

Are the identical twins Bill and Pat Digneit taking over Marquette? They laugh when you ask them that question. But it’s a fair question to ask. From running Double Trouble DJ’s to taking over the New Year’s Eve Ball Drop, you’d think the Digneits would stop there? Nope.

“We do enjoy providing fun entertainment and the big city feel with the small town touch,” said Bill Digneit.

The Digneits are co-owners of DIGS Gastropub, the former home of The Doghouse. They’ve completely re-vamped everything from the exterior to the interior and even the menu.

“but if you want to go outside of the realm we do have some different things that you can’t get in town. You’ll see Mac and Cheese which is our own recipe, pulled pork sliders we’ll have that. We’re also going to have hot dogs and kobobs if people just want to grab something and be able to walk around with it.”

“It’s been a race to the finish. Everyone’s been putting in a lot of hard work and effort,” said Digneit. “A big shout out to Allisa Pealock. We chose to take over the dog house because we really enjoy the entertainment industry, and my brother and allisa are both culinary graduates from Northern Michigan University, and food is really one of their passions.”

To celebrate the official launch of DIGS Gastropub, they’re throwing a big party. The party will actually shutdown Washington Street for most of Friday.

“We’re really going to have a lot of fun, come on down to DIGS Bash, we’ll start at 2 p.m. and will go till 10 p.m.,” Digneit said. “We’re going to be putting up a 150 foot tent, there will be food, refreshments, and dueling pianos, a mechanical bull.”

Party goers will get a chance to try some of the food that will be on the menu at DIGS, which opens to the public on Monday.