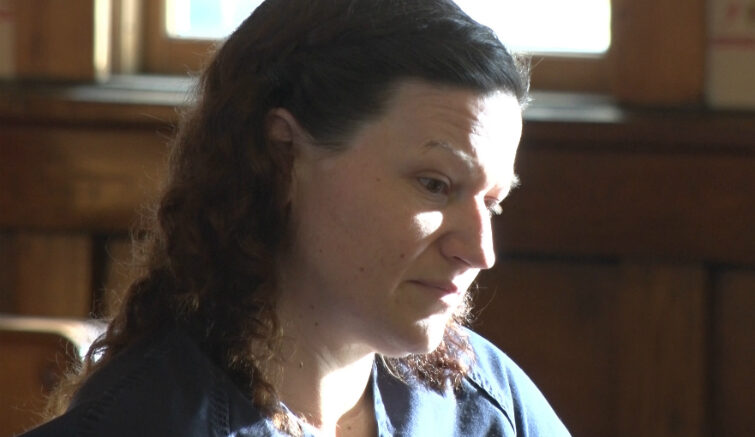 CRYSTAL FALLS — Just over three weeks from now, 34–year–old Kelly Cochran will stand trial in Iron County for the disappearance and death of Christopher Regan.

Cochran’s attorney, Michael Scholke filed a motion for a change of venue. Scholke argued the amount of media coverage his client’s case has received in the papers and on TV will make it tough to seat an impartial jury.

“It gives the community a very big perspective, a very good perspective on what’s going on here,” said Scholke. “I think a lot of people have heard what this case is about. She simply wants her day in court your honor. She wants a jury to decide the merits of this case based on the evidence that is brought into this courtroom or another courtroom somewhere else in the state alone.”

Iron County Prosecutor Melissa Powell cited Michigan law which states that an effort needs to be made to seat a jury where the crime was committed first.

“If that cannot occur because jurors cannot set aside or remain impartial when reviewing the evidence, then in that instance it’s up to the court’s discretion on whether or not a change of venue is appropriate,” said Powell.

After hearing both sides state their case, Judge Richard Celello decided to keep the upcoming trial in Crystal Falls.

“I think that folks here in Iron County should be given the opportunity to have a jury selected from the citizens of this county,” said Celello. “I’m confident that we’re going to be able to do that.”

After denying the motion by the defense, the prosecution’s evidentiary hearing began. Prosecutor Powell asked Judge Celello to approve five things that could be used as evidence against Cochran, including the notion that she is a serial killer.

“She had collected trophies from her victims and were responsible for their own kills,” said Powell about Cochran and her ex-husband, Jason Cochran. “The defendant went as far as to discuss the number of kills with Det. Ogden as well as their names, where the killing occurred, the year and how the individual was killed. The defendant also informed Chief (Laura) Frizzo that she has had homicidal tendencies all of her life.”

Cochran’s three–week trial is set to begin with jury selection on February 13, 2017. She faces six felony charges, including open murder.

Cochran remains in the Iron County Jail on a $5 million bond.