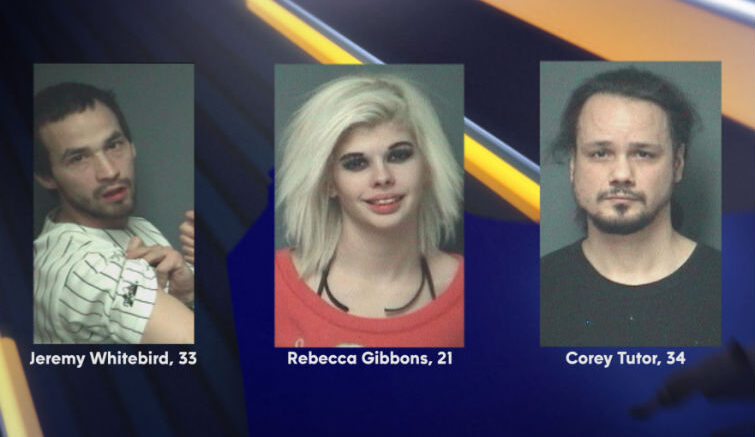 GOGEBIC COUNTY — An investigation conducted by the Gogebic Iron Area Narcotics Team led to the arrest of four individuals, all charged with several felonies.

GIANT officers say they had received information regarding their main suspect in the investigation, Jeremy James Whitebird, 33, who had a lengthy criminal record with prior convictions. Officers were also made aware that the residence in which Whitebird was located, was housing various guns.

GIANT, along with the Gogebic Iron SWAT team, searched the residence and seized a large amount of methamphetamine, cocaine, heroin, marijuana, U.S. currency, firearms and ammunition. The drugs alone were valued at $50,000.  All occupants inside the residence were arrested.

Whitebird was charged with eight counts altogether, five of which were felonies including possession with intent to deliver meth, heroin, cocaine and marijuana. Additionally, he was charged with two counts of felon in possession of a firearm and ammunition. Rebecca Jade Gibbons, 21, Carlos Jordan, 30, and Corey Allan Tutor, 34, were all charged with possession of methamphetamine and disorderly loitering about an illegal business.

They are being held at the Gogebic County Sheriff’s Department.

The DEA, ATF and Beacon Ambulance assisted on scene.